One of the interesting aspects of Celtic’s title win has been what former Hoops players have been saying about the achievement. Three former Celtic strikers took to Twitter over the last two days to give the Hoops plenty of praise for bringing the title back to Celtic Park.

Chris Sutton, who is always outspoken, paid tribute to manager Ange Postecoglou, for ‘putting Rangers firmly back in their place’.

John Hartson, who was at Tannadice to see the Bhoys being crowned champions, said that everyone at the club ‘should be very proud’ of what the team have achieved this season.

Odsonne Edouard, who left the Hoops in the August transfer window, kept his message short and to the point, as he said ‘congratulations’.

It is good to see that former players have been impressed with Celtic’s achievements this season, and are praising the club for what has been a remarkable first-season in charge for Ange Postecoglou. 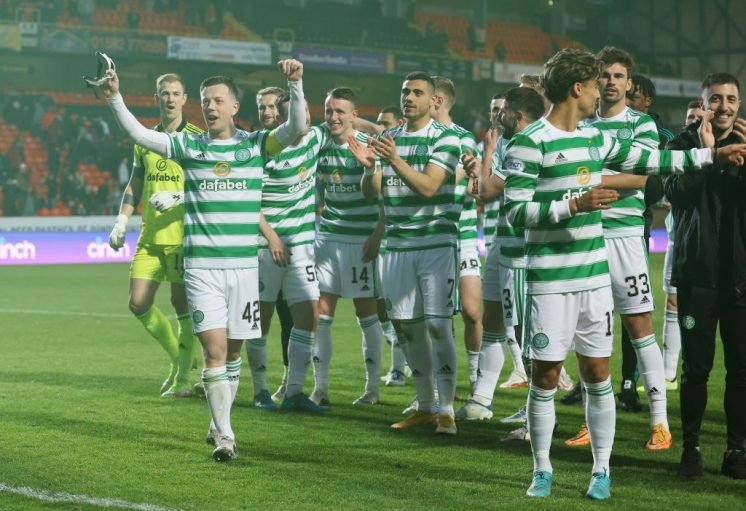 When you consider how much work he had to do at the start of the season, Postecoglou deserves all the praise in the world for taking the Hoops back to the top of the Scottish game in a year.

As Hartson says, everyone at the club should be proud of their achievement, as it is not easy to win a league title, especially when you consider that the Hoops made their worst start to a Premiership season in 20 years. 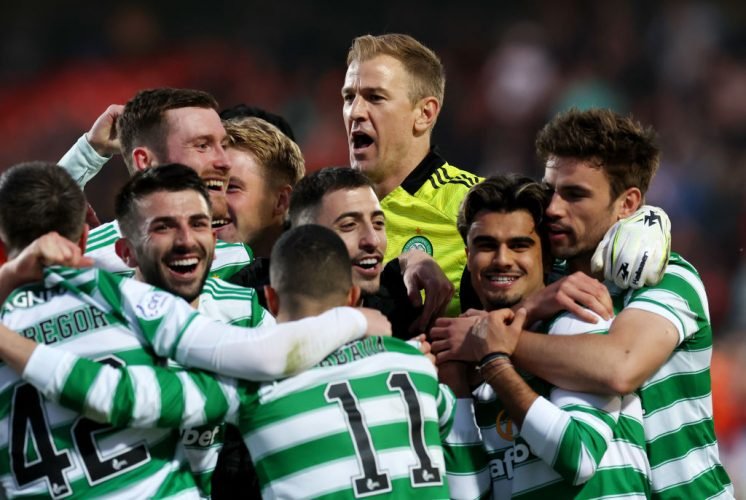 The Celtic boss didn’t panic about that poor start, and he was right not to worry, as the Bhoys are currently on a 31-game unbeaten league run, and they will be keen to make it 32-games against Motherwell on Saturday.

Hopefully some former Hoops greats will be at Celtic Park to see the side lift the Premiership trophy on Saturday, on what promises to be another day of celebration for all involved with the club, as the stadium will be full to capacity to watch the Hoops for one last time this season.