The season finished last May, did it not?

We are now coming to the end of August and today, in the rag everyone loves to hate, The Sun, they have decided to do an article on Celtic’s title celebrations in George’s square last May.

Here is the ridiculous headline in the article:

Apparently, the May celebrations will cost the tax payer almost £10,000. Well actually, it’s broken down and it will cost a total of £8,141.50, as determined by the night shift and day shift damages. 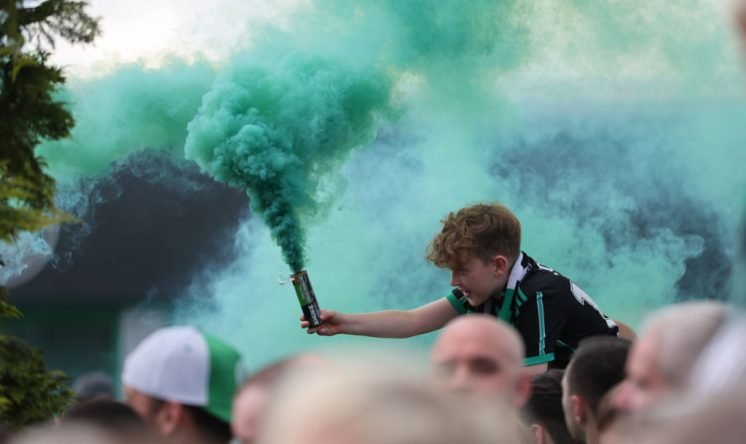 Here’s the best bit though:

Police Scotland also confirmed that six people were arrested for “minor disorder” and said that the level of anti-social behaviour and littering were of an “unacceptable level”.

Tell me, honestly, how many people would you think get arrested in Glasgow city centre on any given Saturday night?

Would you think it it might rise above six?

I’d say there’s a pretty good chance it does, on a regular basis.

But it gets even better.

Despite the fact the Sun had to report the paltry sum of £8141.50, they decided to omit this interesting bit of information until the end of the article:

A year previously, taxpayers were hit with a £58,000 bill for the clean-up operation after R*****s fans descended on George Square to celebrate the club’s 55th title.

A number of arrests were made while statues and monuments were damaged. 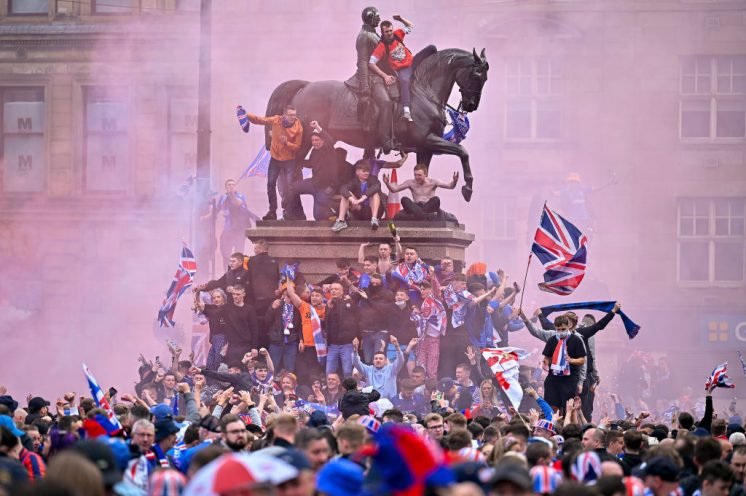 Because when they decided to include that bit of crucial information, the damage was already done.

They had managed to paint Celtic fans in the same light as Ibrox fans.

And they waited until now to do it. Over three months after the event?

They also omitted one other important bit of information, Ibrox fans descended on George’s square not once last year, but twice.

So where’s the clean up bill for the first lockdown breaking party??

Oh yeah and while I’m at it, the Sun never bothered to point out how the law was flagrantly broken in March and May by those same fans.

Of course, that doesn’t matter.

How sad and desperate is that?

Would you expect anything less from that gutter rag?

I don’t know why I bother, but I have to keep calling out this bullshit.