Shamrock Rovers manager Stephen Bradley has claimed that there has been no interest forthcoming in reported Celtic target Danny Mandroiu.

The Hoops have been heavily linked with a move for the 23-year-old midfielder recently following a superb start to the 2020/21 campaign.

It was expected that the Republic of Ireland youth international would make the switch in January as Ange Postecoglou looks to bolster the squad at Celtic Park.

However, Rovers’ boss Bradley has told The 42 that thus far there has been no contact to initiate a winter switch.

Recently the 37 has hailed the Dublin-born ace as ‘first-class’ following a goal in the match that saw Bradley’s side crowned League of Ireland Premier Division champions.

“He had other options and we said, ‘come here and let us develop you’. He has been first class since he came in.”

During the successful 2020/21 season, Mandroiu scored 15 times and provided five assists in 34 appearances. 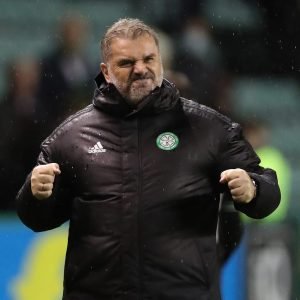 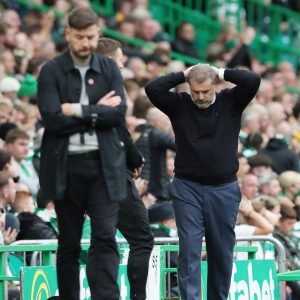 Valued at just £248,000 and fast approaching the final six months of a contract (Transfermarkt), signing the attack-minded midfielder in January should prove an eminently plausible task.

Clearly capable of providing much-needed goals from a deeper position, Mandroiu would be a welcome addition to the Hoops’ squad.