The 22-year-old has been a revelation since arriving at Celtic Park on a season-long loan basis from Portuguese club Benfica.

It has since been confirmed that the Hoops have the option to make the deal permanent for around £6.3million.

Speaking to Football Insider, McAvennie urged the Glasgow hierarchy to act fast before offers from elsewhere are forthcoming.

I don’t understand what the hold up is. Celtic are messing about again, just get it done. They will be sitting waiting to do it at the end of the season. Let me tell you, if someone else comes in for him, he will be off. He’s brilliant. He is playing so well at the moment. Celtic need to pay the money now, give him that contract, whatever it costs. I’m sorry but on this one, you have to pay the money sooner rather than later. Get him in properly, get him settled and let him get even better. Celtic have made this mistake in the past, we can’t afford to again.

So far this season the 18 times capped Portugal Under 21 ace has scored six times and provided another six assists in 15 appearances across all competitions.

Jota has certainly justified the £6.3million price tag and some in his short time as a Bhoy.

Valued at £3.15million (Transfermarkt), the versatile attacker has exceeded all expectations at the club and looks certain to attract interest from elsewhere regardless of Celtic’s next move.

Is Jota Worth The £6.3million Fee? 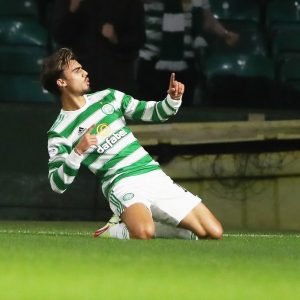 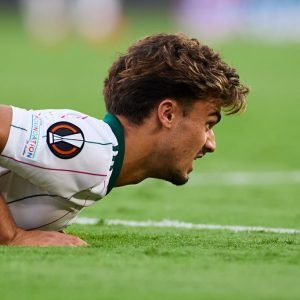 Already boasting a glittering youth career, when the deal is eventually finalised, the Hoops look to have landed themselves a star in the making at a bargain rate.

For this reason alone McAvennie is spot on here and the club should be looking to secure the capture as soon as possible.