Odsonne Edouard’s goal contributions to Celtic this season put him up there with the likes of Lionel Messi and Robert Lewandowski with regards to an individual’s importance to a team.

It may sound like an outrageous comparison to make, but the statistics back up how key the Frenchman is to Celtic, just as the aforementioned duo are to Barcelona and Bayern Munich respectively.

The 22-year-old was arguably enjoying the best season of his career to date, with 27 goals and 19 assists in all competitions thus far, from 45 outings in total.

He is eight clear of Ryan Christie in terms of goals for the season, with the midfielder Celtic’s second-highest goalscorer this term.

Similarly, and unsurprisingly, Messi and Lewandowski are both well ahead of their teammates in terms of goals in all competitions this season as well. The former’s 24 goals in 31 games puts him 10 clear of Antoine Griezmann, whilst the latter’s 39 goals is a remarkable 21 strikes clear of Serge Gnabry’s tally.

In fact, Eddy has actually contributed to more goals in the league this season than both Messi and Lewandowski, albeit having played in more games thus far.

The Frenchman’s combined goals and assist contribution of 33 in 28 games surpasses Messi’s total of 31 in 22 matches and Lewandowski’s 28 in 23.

Do you think Edouard is Celtic's Messi? 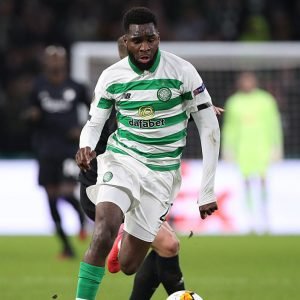 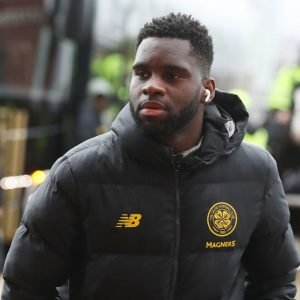 So the evidence is there to suggest that Eddy is to Celtic what Messi is to Barcelona and Lewandowski is to Bayern.