Celtic should remember the famous words Henrik Larsson once said when making a decision about possibly changing Odsonne Edouard’s shirt number for next season.

The Frenchman, who currently wears the 22 shirt, is reportedly in line to swap to the number seven jersey Larsson wore so well during his time at Celtic next season, talkSPORT presenter Alan Brazil claimed earlier this week.

However, Larsson’s words should be considered if the Hoops are to make such a bold step. When speaking about the next player to wear the number seven shirt at Celtic, Larsson said:

You don’t want to walk in another man’s footsteps, you want to create your own.

Of course, Eddy wouldn’t be the first man to have the burden of playing with Larsson’s former number on their back, with the likes of Patrick Roberts, Robbie Keane, Nadir Ciftci and Juninho all having done so previously.

But given how he has been touted as Celtic’s best striker since the Swede, he is likely to be under enormous pressure to carry on his current form from this season and replicate Larsson’s success next term.

And that could have a negative impact on Eddy, as he would essentially be trying to follow in Larsson’s footsteps; which the King himself warned future players against doing.

On the other hand, you could argue that given his cool and calm approach to playing football, he would be able to deal with that pressure.

But it still seems an unnecessary weight to add to his shoulders ahead of what may already be a hugely pressurised season, with Celtic looking likely to be playing for a historic tenth successive Premiership title.

Do you think Celtic should give Eddy the number seven shirt? 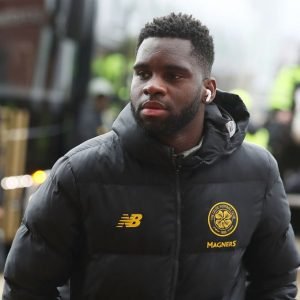 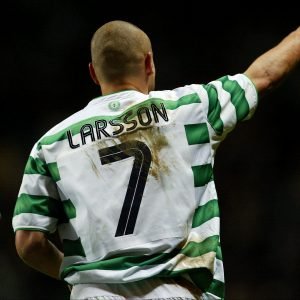 Remaining at Celtic this summer and keeping the 22 shirt for next season would avoid running the risk of Eddy’s form becoming affected by the pressure of having Larsson’s old number on his back.

And it would also give the Frenchman the chance to make the 22 shirt his own, and as Larsson suggests, create his own legacy at Celtic.