With Celtic keeping an eye on strengthening a number of positions this summer, Charlie Nicholas has endorsed one option at left-back.

Greg Taylor currently remains as Celtic’s only natural left-back on the books at Paradise, with Diego Laxalt returning to parent club AC Milan before being sold to Russian side Dinamo Moscow.

Given the lack of depth at that position, Celtic have already been linked with a move for ex-Hearts and Bologna defender Aaron Hickey.

The Scottish 19-year-old has been identified as one target, though Nicholas believes Celtic need only look to Hibernian’s Josh Doig for another solid home-grown option.

“If I was Ange Postecoglou I would be trying to sign Josh Doig because he could become the next Kieran Tierney,” he wrote in his Daily Express column [via Glasgow Times, 29/6/21].

“There is talk that Watford have just had a bid of £2.5million knocked back. Why wouldn’t Celtic go into the market and try and sign him from Hibs? They might even be able to trade in one or two players to perhaps seal the deal. I think Doig has great potential and could flourish into a real Tierney type.

“If it was to take £3m or £4m, then why not pay it? He would have a future sell-on and is one of the best young players in the country.

“I know a left-back might not be a priority but I would still go after him right now.”

Doig was a crucial part of Hibernian’s electric season that saw Hibs muster a third-place finish in the Premiership.

Should Celtic move for Josh Doig? 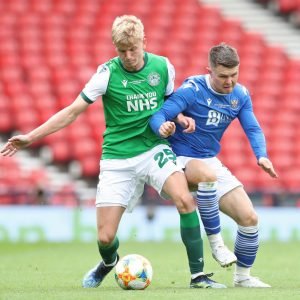 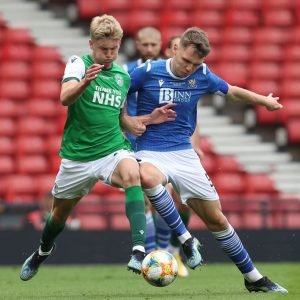 The young defender was the recipient Scottish Football Writers Association young player of the year in a fine testament to his individual impact.

Reported interest from Watford is no coincidence; recruitment experts in England evidently feel that Doig is at a Premier League standard, so Celtic muscling in on Doig in order to strengthen at left-back feels like a sensible move for a bright Scottish talent.