Celtic have identified Rennes striker M’baye Niang as a target as the Bhoys line up a new striker.

As shared by Celtic fan account Everything Celtic (@aboutceltic) on social media, a report from French source Foot Mercato has thrown Celtic’s name up as a suitor for the Senegal international.

Celtic want to bring Senegal international Mbaye Niang to the club this summer.

Niang has been deemed surplus to requirements by French side Rennes, who shipped out the striker to Saudi Arabian team Al Ahli last season.

Separately, GlasgowLive have claimed that fellow French side FC Nantes had an approach rejected by the player while Italian side Venezia want to take him on loan.

The 26-year-old can also feature on the wing and would complement existing options in Leigh Griffiths and Albian Ajeti.

Anderlecht and Nottingham Forest have also been credited with interest in the former AC Milan striker.

Following his breakthrough at French side Caen, he earned a Milan move but struggled to make a major impact.

He was loaned out to Montpellier, Genoa, Watford and Torino before a permanent move to the latter.

However, he again failed to hold down a long-term spell at Torino before his Rennes move.

With main striker Odsonne Edouard out of contract in the summer, Celtic have been hotly tipped to cash in on the ex-PSG youngster this summer.

Consequentially, lining up an adequate replacement in good time is crucial if Celtic are to avoid being caught out by the end of the window if Edouard is sold.

Although just 26 years of age and boasting plenty of time ahead of him in his career, it has to be questioned as to why Niang has struggled to settle at any club he has starred for. 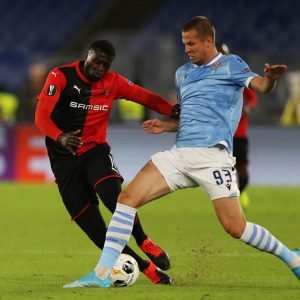 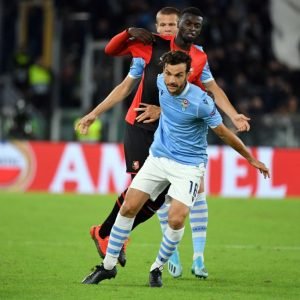 He scored 11 goals in 29 games on loan at Rennes before another 11 in 35 after joining on a permanent deal in a reasonably productive record for the French outfit.

A similar record for Celtic, supplemented by goals from elsewhere, would by no means disappoint. Seemingly unwanted by Rennes, he could be available for a knock-down fee.