An eclectic mix of summer signings looks to be producing a wave of cult heroes at Celtic.

The likes of Liel Abada and Kyogo Furuhashi have stole some of the limelight as promising attackers, but on-loan Benfica man Jota really stole the show for Celtic yesterday afternoon in Celtic’s 2-0 home win in the Europa League.

Despite not even making it onto the scoresheet, his assist for Kyogo Furuhashi’s opener that put Celtic in the driving seat whetted the Bhoys’ appetite for free-flowing football.

A deftly worked long-ranged pass broke through the opposition’s back line as Jota’s launched ball neatly found his teammate, who raced through on goal to fire past the goalkeeper with nimble ease.

Celtic can turn Jota’s loan move permanent for just over £6 million, and that is already looking to be a fee well worth its own weight in gold if Jota’s form continues his splendorous form.

Indeed, former Celt Calvin Miller – who came up through the Celtic ranks as a full-back before leaving in 2020 – took to Twitter to praise the Portuguese winger.

Miller, who now turns out for Chesterfield, said of Jota:

‘BUY JOTA NOW’, in a three-word demand that left little in the way of ambiguity.

Dermot Desmond will surely need to get the chequebook out for the young Iberian man who is swiftly proving to be arguably Celtic’s signing of the season – and with such fierce competition for the honour, that is no mean feat. 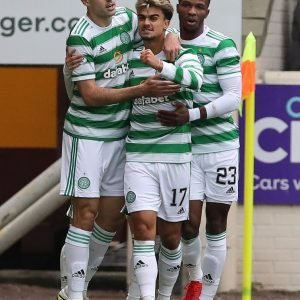 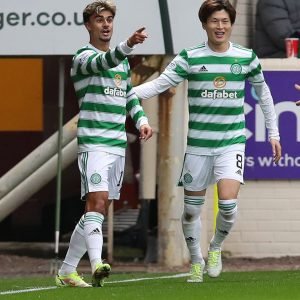 Jota later played a role in Balint Vecsei’s own goal in further proof of his ability to find new and profound ways to delight fans.

The £6m potential signing is a no-brainer, something Miller alludes to without fuss.