Celtic travel to Hamilton Academical on Sunday, with the Hoops looking to secure yet another win to maintain their lead in the Scottish Premiership.

The Hoops have been playing with a 3-5-2 as of late, including during the win in midweek against St Johnstone.

The trio of Jozo Šimunović, Kristoffer Ajer and Christopher Jullien managed to keep a clean sheet in the victory, and should start again as Celtic travel to the Accies this weekend.

However, some Celtic fans have called for a change in system, with one account suggesting that Scott Brown could potentially move into the defence from midfield.

Twitter: I’d hope we can persist with 352 tomorrow. Could we even see Broony as part of the 3? HH https://t.co/Xbsa8uY2IH (@CelticGossip)

However, the call to move Brown didn’t go down that well with a lot of Celtic fans, with many doubting the Scot’s ability to perform when put in the defence.

Twitter: @CelticGossip Why on earth ? We have three fully fit CBS. It would be utter madness (@boon1967)

Twitter: @CelticGossip He was hopeless in the back 3 when he went in there on Wednesday night (@Stephen24669)

Twitter: @CelticGossip Not for me, gives away too many fouls and a big risk at the back . (@eskbankbhoy)

Should Brown play in a 3-man defence? 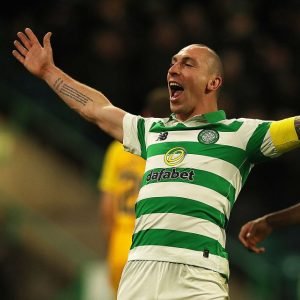 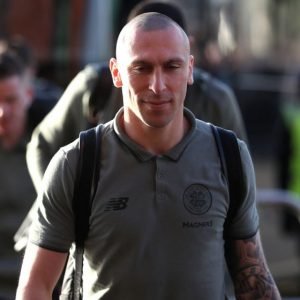 Twitter: @CelticGossip We would need a third good centre half. If only there was some mechanism to improve the team mid season. (@haughey_william)

Twitter: @CelticGossip Definitely hope not. Stupid managerial decision if that’s what he is planning (@barrynixon1980)