A number of Celtic supporters were filmed singing a chant about Steven Gerrard’s lack of trophies as a manager during the Hoops’ 4-1 win over Hamilton Accies last weekend.

A brace from Odsonne Edouard, coupled with goals from Christopher Jullien and James Forrest helped Celtic come from 1-0 down to beat the Accies.

The win ensured Neil Lennon’s men capitalised on Rangers’ draw with Aberdeen on Saturday to move seven points clear at the top of the league.

During the win, Celtic fans were filmed singing the chant, “Have you ever seen Gerrard win the league” to the tune of ‘She’ll Be Coming Round the Mountain.’

Twitter user @rachelfleming67 posted the video on social media, though the footage contains strong language that may offend some viewers.

Following another slip up from Rangers on Saturday, it’s no surprise to see Celtic supporters making a dig at their rivals while the Hoops were on their way to increasing their lead at the top to seven points.

As is correctly pointed out, Gerrard is yet to win the league as a player or a manager and the Rangers boss is now relying on Celtic dropping points between now and the end of the season to try and end that run.

That doesn’t look likely on current form in our opinion though, given how Lennon’s men continued their perfect start to 2020 with a fifth consecutive win in all competitions on Sunday.

Do you think Celtic will go the rest of the season unbeaten? 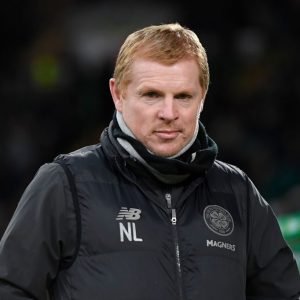 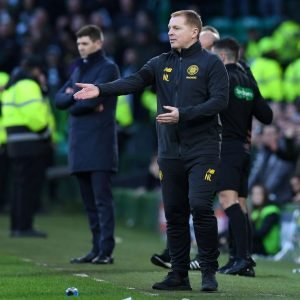 Goals are flowing at the right end of the pitch for the Hoops, who have netted 15 times in the aforementioned five fixtures, while just three goals have been conceded in that time.

So on current form, Celtic fans will be able to sing that chant for the rest of the season and into the 2020/21 campaign.