Neil Lennon has labelled James Forrest as a player who relishes the big games, and his statistics from this season emphasise why the Celtic boss is correct to suggest that.

Lennon was addressing the media ahead of Thursday’s last 32 second leg with FC Copenhagen, with the tie evenly poised following a 1-1 draw in Denmark last week.

The Celtic boss issued an update on the fitness of his squad, revealing Forrest was back fit before suggesting that was a boost as he is a “big game player.”

🗣️ NL: "James and Scott are both fit. Oli isn't fit and will be out for another week. Having Scott and his experience is a confidence boost, and we know that Jamesy is a big game player." #CELCOP #UEL

And the 28-year-old’s stats on Transfermarkt from just this season emphasise why Lennon is correct to make such a claim.

Looking at European competitions firstly, Jamesy was the only player to score in both legs against CFR Cluj in the Champions League qualifiers back in August, although his efforts came to no avail as the Hoops suffered a shock defeat in the second leg.

Nevertheless, he still rose to the occasion by scoring and doing his bit to help Celtic in a big tie.

Furthermore, the 28-year-old then scored two and registered an assist as Celtic brushed AIK aside over two legs in the Europa League playoff.

The winger then continued that form into the group stages, with three assists and one crucial goal, with that effort coming in the 2-1 win away against Lazio to help Celtic qualify for the knockout stages with two games to spare (BBC Sport).

In the league meanwhile, Forrest has 10 goals and 16 assists in just 26 league appearances, which is an average of a goal contribution in every match. 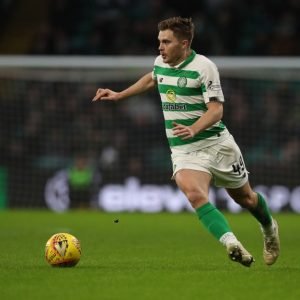 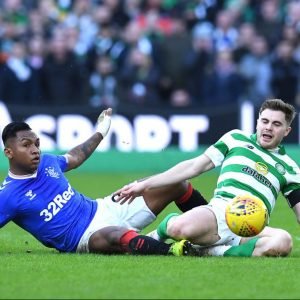 And a number of those goals and assists have come at crucial times. Take the win over Aberdeen earlier this month for example. Jamesy set both goals up in what was an important 2-1 win at Pittodrie.

Therefore, the stats show why Lennon is correct to label the 28-year-old a “big game player,” and hopefully he can produce another impressive display in the second leg against Copenhagen.