Throughout this week, we’ve been taking a look at how different Celtic stars’ respective careers could pan out, with Ismaila Soro, Luca Connell and Mohamed Elyounoussi all coming under the microscope.

Today it’s the turn of January arrival Patryk Klimala, as we look at the three different ways his time at Celtic could go.

Shved signed for Celtic in a £2 million move from Kaparty Lviv in January 2019, before being loaned back for the remainder of the campaign, and Ukraine manager Andriy Shevchenko tipped the winger to become a future star following the move.

However, that hasn’t even come close to happening yet, with the winger making just three substitute appearances this season and on the verge of a summer move away.

Similarly, Klimala arrived at Celtic off the back of being hugely hyped up by former Hoop Maciej Zurawski, who suggested the 21-year-old would be the man to replace Robert Lewandowski for Poland in the future, which is a massive claim.

Although it is incredibly early to judge Klimala as he only arrived in January, he is yet to properly break into the first team, with just four appearances in all competitions.

If that continues, he could be at risk of replicating Shved’s time at Celtic, though hopefully, that is not the case.

Now this may well leave some Celtic fans rather discombobulated, but he could well live up to those expectations Zurawski has for him and become the next Lewandowski.

And if that is the case, Celtic are in for one heck of a treat, considering how the Bayern Munich striker is revered as one of the best in the world.

The Pole has scored a remarkable 230 goals in 275 appearances for the German giants, and if Klimala can replicate any kind of similar record at Celtic then it might be the best £3.5m the club have ever spent.

Perhaps a more realistic pathway, but one that would still see him become a favourite with fans is if he replicates Griffiths’ success at Celtic.

The pair are both around the same height and despite only seeing glimpses of Klimala thus far, there are similarities between them.

Both are relatively small but nippy and agile footballers, which suggests Klimala could play a similar role to Griff in the future.

Which do you think is the most likely outcome? 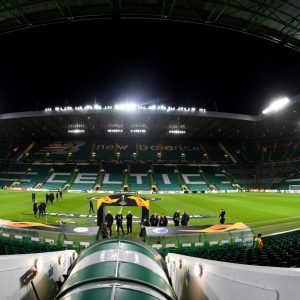 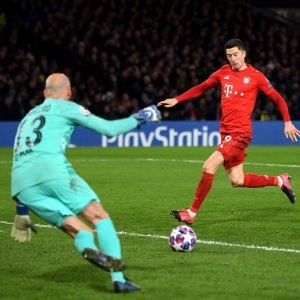 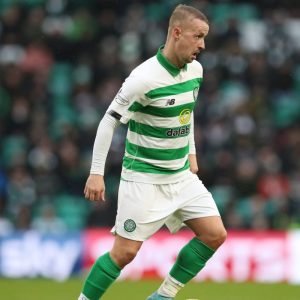 Furthermore, the 21-year-old earned his move to Celtic after a strong goalscoring start to the season, with seven in 17 league outings for Jagiellonia Bialystok.

Griffiths has a relatively similar record of nine in 21 for Celtic in the Premiership this season, so there is evidence to suggest Klimala could go down this path and replicate the Scotland international’s success at the club.