Celtic have reportedly scouted Aaron Hickey this season and he could be an excellent replacement for Boli Bolingoli.

According to the Daily Mail, a host of Premier League clubs are interested in the left back, with Crystal Palace supposedly the current favourites to sign him, and Celtic are also among those keen on a move.

A move away for Hickey looks likely this summer, considering how he is one of Hearts’ most valuable assets and the financial trouble they are currently in, with the suspension of football in Scotland having a big impact on them.

Furthermore, the 17-year-old is also out of contract at the end of next season, so they may be forced to cash in on him whilst they can, and he could be an excellent option to replace Bolingoli.

Hickey represents a player who is incredibly young but one who already has Premiership experience, with the teenager already having amassed 34 senior appearances for Hearts in all competitions.

Furthermore, he is someone who is likely to be available for a relatively small fee this summer, considering his contract situation with Hearts.

The Belgian is reportedly set to be offloaded by Celtic after a difficult debut campaign with the club following his £3 million move, and therefore, the Hoops will need a left-back if that is the case.

Do you think Celtic should make a move for Hickey? 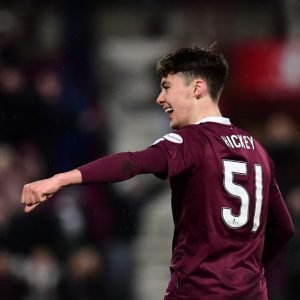 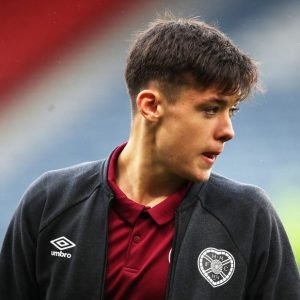 Given how Neil Lennon has identified a new left back as his priority, making a move for him to replace Bolingoli could be a smart decision.

QUIZ: HOW MUCH DO YOU KNOW ABOUT FORMER CELTIC STAR STUART ARMSTRONG? CLICK HERE TO PLAY TODAY’S QUIZ.