Celtic made a transfer masterstroke by offloading Stuart Armstrong to Southampton in 2018, and his form since his move to the Premier League shows why.

The midfielder celebrated his 28th birthday on Monday, and a number of Celtic supporters responded to a tweet about the midfielder’s time with the club, with many suggesting they’d like to see him return one day.

And when you look at his record for the Hoops, it’s easy to see why. The Scotland international was a creative force in midfield during his time at Celtic, contributing to a total of 53 goals in 144 matches for the club, scoring 28 and assisting 25.

On first glance that might not seem the most impressive record in the world, but averaging a goal or an assist just shy of once every three matches in all competitions is pretty good going for a midfielder.

And even more so when those contributions played a big part in helping Celtic win four consecutive titles, two Scottish Cups and two League Cups during his time at the club.

Transfer interest, therefore, came as no surprise, and he followed in the same footsteps of Victor Wanyama and Virgil van Dijk by completing moves to Southampton, with the Premier League side splashing £7 million on him in 2018.

And his form since arriving at St. Mary’s shows just how good a piece of business that was from Celtic’s point of view.

Armstrong has struggled to replicate the same form he showed with Celtic for Saints, as his goalscoring contribution averages have dropped significantly.

With just seven goals in 57 appearances thus far, Saints have essentially paid Celtic £1m for each goal he has scored for them.

Do you think Celtic sold Armstrong at the right time? 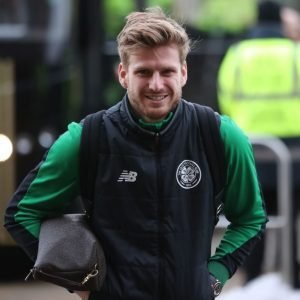 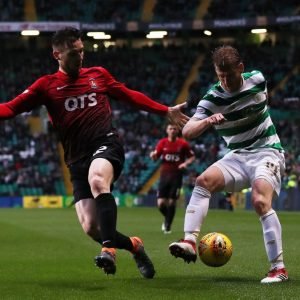 Furthermore, that drop off in form suggests Celtic sold him at the right time whilst he was at his peak, as had his form dropped off at Parkhead then it is unlikely a fee of £7m would have been paid for him.