Crystal Palace and Leeds United are both interested in signing Celtic striker Odsonne Edouard, according to a report from the Daily Mail,

Palace are looking to bolster their attacking options this summer and with Wilfried Zaha looking likely to depart Selhurst Park, Roy Hodgson will be keen to have a replacement forward lined up.

Edouard obviously plays in a slightly different role than Zaha but given that Palace have struggled for goals for a few years, a switch in philosophy might be needed.

Leeds, meanwhile, have just earned promotion to the Premier League and they’ll be hoping to bring in quality players to help them stay in the top flight given that it’s taken them 16 long years to get back to England’s highest division.

The Celtic boss has made it clear that he wants to keep his French striker to help the club in their pursuit of a tenth-consecutive league title, but he did admit that every player has a price.

Do you think Celtic will sell Odsonne Edouard this summer? 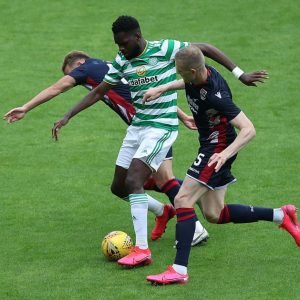 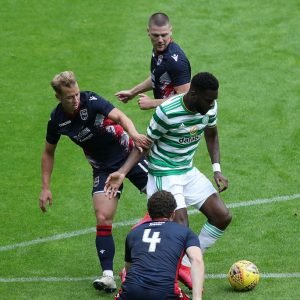 That price for Edouard is thought to be around the £40m mark, and whether Leeds or Palace have the ability or desire to bid that amount remians to be seen.

Even if they do, there’s a good chance that Edouard would be looking for a better move than to a side who are likely be competing at the lower end of the Premier League.