It’s fair to say that Shane Duffy wasn’t at his best against Rangers on Saturday.

The 28-year-old made his Glasgow derby debut in a 2-0 defeat, his first loss as a Hoops player since signing on a season-long loan from Brighton & Hove Albion.

And that has led to a debate amongst several Celtic supporters regarding whether or not the defender should be dropped for this Thursday’s meeting with AC Milan.

Duffy, who had more touches than any other player from either side on the weekend, recorded a WhoScored match rating of 6.44 at Celtic Park, dropping way below his season average of 7.67.

One Celtic fan hinted that he’d be tempted to drop Duffy for the clash against Stefano Pioli’s side, and it’s safe to say that the comment divided plenty of Hoops fans.

These supporters seemed to agree about Duffy missing out…

Twitter: @Bhoy1888Celtic1 Duffy is not doing it for me (@johnowensneddon)

Twitter: @Bhoy1888Celtic1 At the moment Duffy seems too casual and going through the motions (@Geordie2504)

Twitter: @Bhoy1888Celtic1 I would bring in Bitton for a calming effect (@jameshewitt380)

Twitter: @Bhoy1888Celtic1 Duffy would be decent if the game wiz played in the air for 90 mins, unfortunately for him and us its no

Meanwhile, these fans placed their trust in the defender…

Twitter: @Bhoy1888Celtic1 I’d still play Duffy. He had a howler yesterday but this is his fair go to redeem himself. If he h… https://t.co/XlcWbRv5dI (@Jocksbhoys)

Twitter: @Bhoy1888Celtic1 Everyone has been raving about Duffy since he signed. Now he’s not good enough.

Twitter: @Bhoy1888Celtic1 100% agree with exception of comment on Duffy. Really looking forward to Turnbull getting a good run

It wasn’t too long ago plenty of Celtic supporters were loving the defender after he sealed his move to Parkhead, and we’re firmly in the camp backing the Irishman ahead of this weekend’s Europa League opener.

Would you start or drop Duffy? 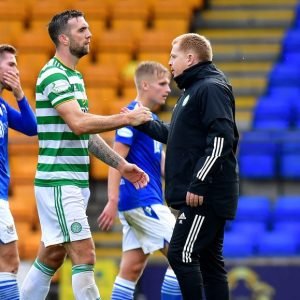 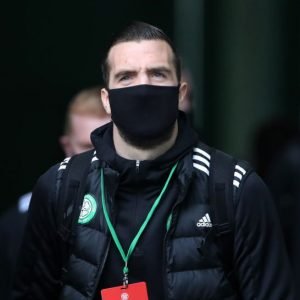 No Hoops player was at the races against Steven Gerrard’s side, and we feel that Duffy, Celtic’s second-best player this season according to WhoScored, has to start again for Neil Lennon’s side.