Celtic winger Mikey Johnston has, unfortunately, been out of action since January.

However, the 21-year-old has been the subject of discussion with some Hoops supporters in recent days.

The Parkhead academy graduate has only featured in 465 minutes of Scottish Premiership action since the beginning of the 2019/20 season.

Johnston had to undergo surgery on a knee issue in August after initially suffering knee ligament damage in a match against St Johnstone at the beginning of the year.

@CelticDown shared this tweet about the wide man, which led to these fans replying ahead of the player’s long-awaited return to the first-team fold.

Twitter: Can’t wait to see Mikey back in action. Hopefully he can give us a boost out left once he returns to the squad https://t.co/Y9hFI7Ja7h (@CelticDown)

Twitter: @CelticDown Was really bad timing with his injury, was starting to show why he’s so highly rated at the club. Badly… https://t.co/Kh4KLKlP2q (@biggbo100)

Twitter: @CelticDown @Celtic1967_com Could he not compete for the right side position while Forrest is out? Surely being rig… https://t.co/hYLPo5ijmU (@celticfor10)

miss the wee guy be like a new signing

Should Johnston be used more when he returns? 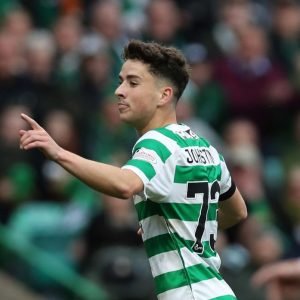 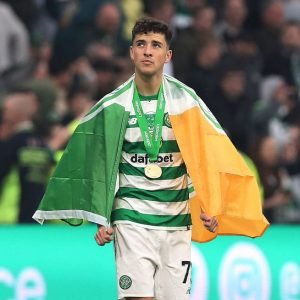 Johnston has become somewhat of a forgotten man at Parkhead over the last 12 months due to calf and knee injuries, and his return will give Neil Lennon another attacking option.

Wide man James Forrest is also currently out injured, which has left Lennon tinkering between a back three and four in recent weeks.