That’s according to former BBC Scotland presenter Jim Spence, a man who knows plenty about football in Dundee.

Spence took to Twitter to claim that Celtic watched the shot-stopper at McDiarmid Park in Dundee United’s 0-0 draw with St Johnstone last month.

The 28-year-old put in an excellent display against Celtic back in August as the Hoops eventually ran out 1-0 winners thanks to a goal from Albian Ajeti. However, Siegrist was statistically the second-best performer at Tannadice that afternoon, recording a WhoScored rating of 8.27 after making nine saves.

Siegrist’s display against Celtic back at the start of the season may be why the Hoops have been keeping tabs on the Swiss stopper. 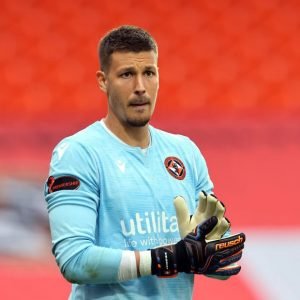 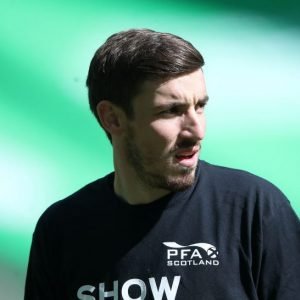 Current Celtic ‘keepers Vasilis Barkas and Scott Bain have both struggled to cement their place as the number one at Parkhead, another reason why Neil Lennon appears interested in Siegrist’s services.

The links to Siegrist are intriguing, though. The Hoops splashed out £4.5m on Barkas over the summer, so it may come as a worry to the Greece international that Celtic are already tracking other goalkeepers ahead of the January window.