Celtic take on Hearts on Sunday afternoon in the Scottish Cup final, looking to complete a quadruple treble in the process.

The Hoops go into the Hampden Park clash off the back of consecutive victories over Lille and Kilmarnock after winning just two of their previous 11 beforehand. [BBC]

One man who wasn’t included in Neil Lennon’s starting line-up for those wins was club captain Scott Brown, and several Hoops supporters want to see the 35-year-old on the bench again this weekend.

Brown, who has featured in 24 games this season, didn’t get on in the 3-2 Europa League win against Lille or the 2-0 Premiership victory over Kilmarnock.

Celtic fan @Boyle_67 shared this post regarding the no-nonsense midfielder on Monday evening.

Twitter: Am finding it very difficult to find the heart to say he shouldn’t be leading us into this Scottish cup final. Call… https://t.co/0gv6kFnPcP (@Boyle_67)

The post received plenty of interaction, with these Hoops fans staking their claims for Brown to be left out of Lennon’s starting line-up and brought on instead.

Twitter: @Boyle_67 He can come into see the game out and still lift the trophy. It would be harsh to leave Soro or Turnbull out this weekend. (@Lothianno4)

Twitter: @Boyle_67 If he has any loyalty to us then he should be man enough to know when its time to let other players shine… https://t.co/fwadLsLloY (@Siobhan79149747)

Twitter: @Boyle_67 Simply put, “No” he should not start!
Even if he doesn’t start, he will still be our leader going into b… https://t.co/hFfuk4f9Mo (@kevinpmcauley)

Twitter: @Boyle_67 Bring him on for the last 5 if we’re winning. We’re currently playing better without him… We should pla… https://t.co/gNYCvkRKFh (@davidek37)

Would Brown be in your XI for Sunday? 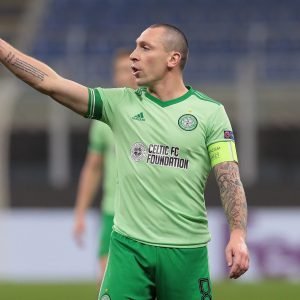 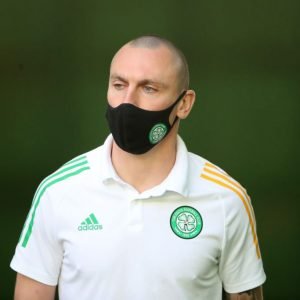 Twitter: @Boyle_67 I’d have Broony on the bench and bring him on later on so he’s still able to lift the cup

The likes of Ismaila Soro and David Turnbull have impressed in midfield, so Lennon will have some key selection calls to make prior to Sunday afternoon.