It’s no secret that Liverpool pipped Celtic to the services of Ben Davies on deadline day.

The Hoops failed to add to their centre-back ranks late on, with Jonjoe Kenny the only Parkhead arrival, joining on loan from Everton.

Neil Lennon was keen to sign a centre-back in the January window, and the club may now already be on the hunt for summer additions at the back ahead of the 2021/22 season.

One man who we think the Hoops should now be looking at is Liverpool’s Nathaniel Phillips.

Celtic are thought to be looking at UK-based prospects with high upside potential who are available either on a pre-contract deal, or for a nominal fee in one of two transfer policies.

The 23-year-old is out of contract at Anfield at the end of the season, so qualifies in regards to the club’s potential pre-contract targets.

Phillips, reportedly on £4,500-a-week, has made five Premier League appearances so far this season under Jurgen Klopp.

Ozan Kabak also joined Liverpool on deadline day, and the Turkish centre-back could make his loan move to Merseyside permanent the summer.

Would you take Phillips? 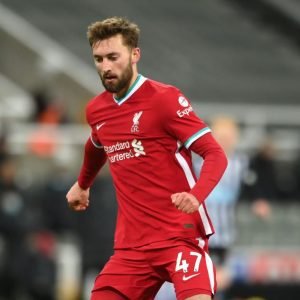 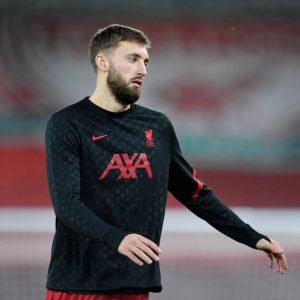 If he does, that could leave Phillips on the search for a new club, with the likes of Virgil van Dijk and Joe Gomez currently out injured.

So, securing Phillips’ services over the coming months could prove a shrewd move in the long run. Financially, a deal also looks doable, so it’s now down to the Hoops to explore the possibility of a summer transfer.