Celtic youngster Stephen Welsh has spoken out on the manager-less status of Celtic, cutting a composed and stoic figure with regards to the future.

Welsh has become the first Celtic player to issue public comments on the ambiguity surrounding the club’s leadership since talks with Eddie Howe broke down.

With over 100 days having passed since Celtic last had a permanent appointment in the dugout, Celtic are nearing an end to their current situation with Ange Postecoglou close to being appointed as permanent manager.

Welsh is currently with the Scotland under-21s side and, like so many Celtic players, is focused on his international duties rather than backroom drama at Paradise.

As quoted by the Scottish Sun, Welsh said: “For the last week I’ve just tried to focus on Scotland. I’m sure the first-team boys will be the same. They’ve got the big tournament coming up so I’ve been concerned with Scotland and getting fit for pre-season.

“We’ll let the board deal with the manager situation — they’re very good at it. I think it will be OK. We know the games are going to come thick and fast. It’s just about adapting and dealing with it. We’ve always had really early qualifiers in the past couple of years. We’ve got big friendlies coming up against good sides like West Ham.

“They will be tough games so we have to come back in good shape. If every player comes back in good nick that’s OK and we’ll let the club deal with it in the proper way. I think everyone has to prove themselves with someone new coming in.”

Welsh’s approach is a strong testament to his character.

With Kris Ajer having publicly indicated his desire to leave Celtic in the summer and with Shane Duffy having returned to Brighton, the young centre-back could find himself thrust further into the limelight.

The youngster enjoyed a breakout campaign that saw him make 21 appearances and is making waves for the Bhoys – and his youth international status with Scotland is further evidence of a prospect on the ascendency.

Can Welsh hold down a majorrole next season? 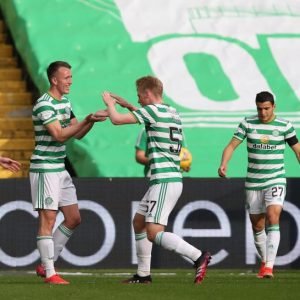 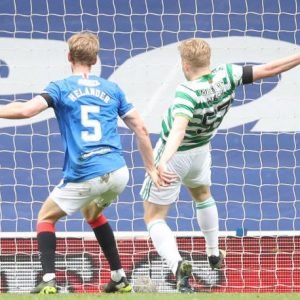 Considering that the managerial situation is firmly out of the players’ hands, a short-term self-focus is by no means an expedient mindset.

Contrastingly, it is a useful defence against needless dressing room anxieties.