A troubling fact surrounding the away performances of Celtic has been put out in the open following the club’s 1-0 Old Firm defeat against arch-rivals Rangers.

As shared by popular Celtic fan account Everything Celtic (@aboutceltic) on Twitter, Celtic have not won an away match in the Scottish Premiership since Valentine’s Day.

The romantically tinged fact will certainly not be romanticised by Celtic fans who will be disappointed to see such a consistent track record of poor performances on the road.

Celtic have shown encouraging signs at home in the League under Ange Postecoglou, with commanding 6-0 wins over the likes of Dundee F.C. and St Mirren.

However, a 2-1 opening day defeat to Hearts joins the Old Firm loss as two standout performances that left much to be desired from Ange Postecoglou’s new-look side.

Celtic crumbled thanks to a header from Sweden international Filip Helander who powered past Joe Hart from a set-piece routine.

Despite the poor result, Celtic managed to dominate in terms of possession at 65.8%, with as many corners and a greater pass success rate than Rangers.

Although Celtic were firing blanks in front of goal, there were encouraging signs in terms of progressive build-up play as a result.

Will Celtic piclk up in terms of away form soon? 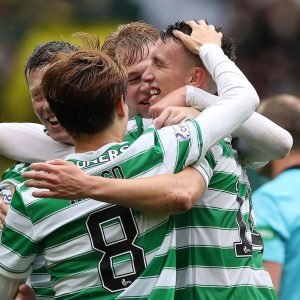 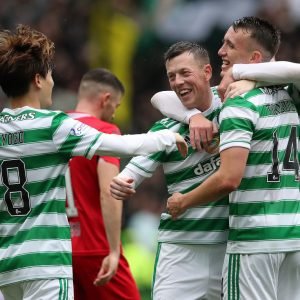 With no Celtic fans allowed in for the derby clash at Ibrox, the damning away record is perhaps a testament to the importance of fans to Celtic’s morale.

Postecoglou would do well to continue to put his plans into action in order to bounce back on the road.