Barry Ferguson has poured praise on new Bhoy Cameron Carter-Vickers, backing him to be a good fit for Celtic in the season ahead.

Featuring alongside fellow new Bhoy Carl Starfelt, the USA international scored the Celts’ opener against Ross County and helped to buoy Celtic to a clean sheet in their 3-0 Premiership victory.

Carter-Vickers joined on loan from Tottenham Hotspur on deadline day but finds himself out of contract in the summer – meaning Celtic could sign him on a free transfer in six months’ time, as a non-English club.

Ferguson was left impressed by the early performance from the defensive bulwark and had his say on how he projects the defender to perform for Celtic.

Ex-Scotland international Ferguson said on the Go Radio Football Show [via Inside Futbol]:

“When I watched the highlights what stuck out for me is that he was very calm on the ball.

“He is only 23, and I know he was at Bournemouth last season but he looks like a good find.

“You don’t play at Tottenham if you are not a very good player and I know he has been on loan but he looks like a good catch.

“It is early days but he looked the part.”

Carter-Vickers is something of a journeyman.

He has been on loan at several clubs such as Bournemouth, Swansea and Sheffield United in the EFL Championship and will be hoping to make his mark in Scottish football this season.

Will Carter-Vickers continue to perform consistently for Celtic this season? 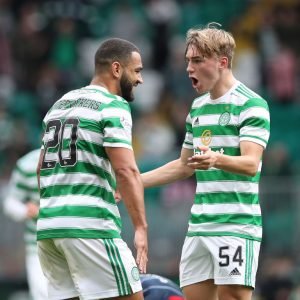 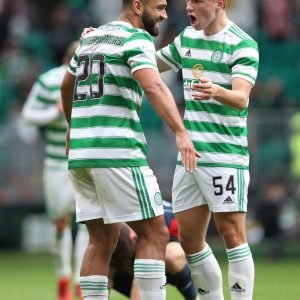 His contractual situation is an exciting one ripe for exploitation, and Celtic would do well to make their move if he continues to impress.

It is unsurprising in that view that Ferguson is inspired; the 23 year old retains the potential to improve at such a young age, but is far from a novice with good experience under his belt.