Celtic have reportedly ‘made contact’ with the representatives of Gremio defensive midfielder Fernando Henrique.

The 20-year-old Brazilian is currently out of favour at the Porto Alegre based club and could be available for a January transfer.

Hoops’ manager Ange Postecoglou is keen to bolster the options at his disposal and is believed to have sent scouts to watch Henrique close up.

That’s according to a report from Globo, as cited by Everything Celtic on Twitter, claiming Celtic have already initiated early discussions regarding the ace.

The report states that the Bhoys are the second club to ‘target’ Henrique after league leaders Al Ain from the United Arab Emirates attempted to strike a £3.6million deal previously.

So far this season the Brazilian has made 16 appearances across all competitions – earning a 6.92 average Sofascore rating from four Brasileiro Série A outings.

Hoops fans will hope Postecoglou can discover another gem in the shape of Henrique. 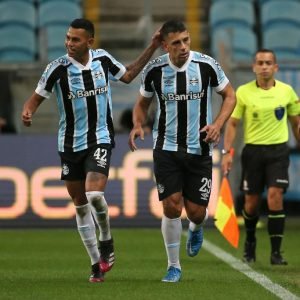 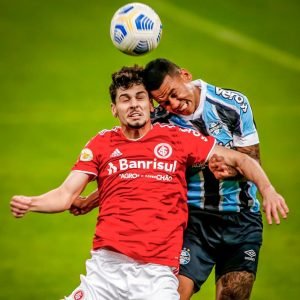 Currently the Australian manager has Nir Bitton, Ismaila Soro and Liam Shaw as the defensive midfield options – all of whom have featured in the first-team this season.

Valued at £810,000 and under contract in Brazil until 2024 (Transfermarkt), spending anything like the previously mooted £3.6million on the starlet would be somewhat of a gamble.