Celtic’s Europa League woes ended on Thursday night, as they were dumped out of the competition at the hands of Ajax.

The 2-1 loss left boss Ronny Deila red-faced, as the Scottish champions were underwhelming in front of a lively crowd at Celtic Park. 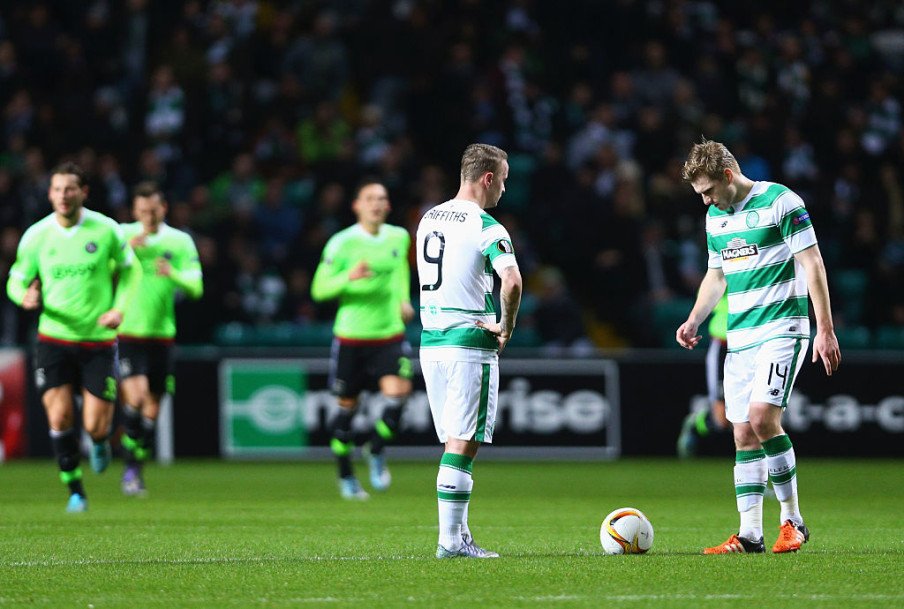 However, striker Leigh Griffiths took the blame square on. Chances came and went for the former Wolverhampton Wanderers star, who felt he should have scored on Thursday night. The striker boasts an impressive 155 goals from 304 appearances including 18 this season.

The 25-year-old took to Twitter after the game to apologise to Celtic fans.

I can't be more apologetic than I am right now. My performance was Simply SHOCKING and ultimately its cost us dearly. ???

Falling to the late Vaclav Cerny goal meant Celtic will now have to wait at least nine months before a fresh assault on European glory. They will be desperate to put this year’s campaign behind them, and begin their preparation for next year in January and next summer’s transfer windows.

Griffiths truthful assessment of his performance was great to see, with far too many professionals happy to make excuses, laying the blame at another door.