Celtic defender Filip Benkovic is hoping to remain with the club until the end of the season, amid rumours that parent club Leicester City are considering recalling the youngster in January, HITC report.

The 21-year-old was actually linked with a permanent move to the Scottish champions last year before signing for the Foxes in the summer, however, Brendan Rodgers did manage to secure Benkovic’s services on a season-long loan on deadline day.

The Croatian has impressed for the Hoops since his arrival, which has increased rumours that Leicester boss Claude Puel is considering recalling the player in the New Year. 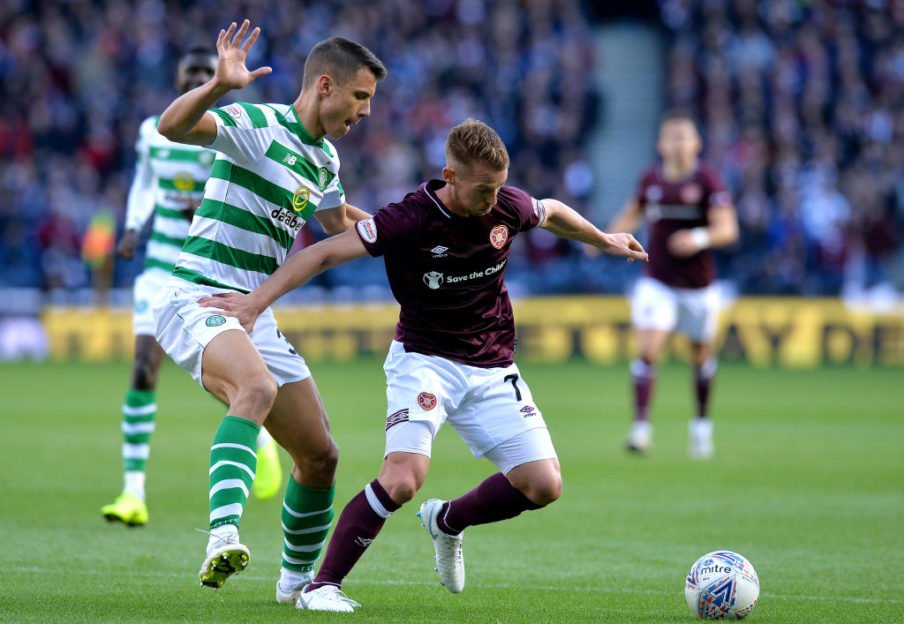 Benkovic has made 11 appearances for Celtic since September, scoring his only goal for the club in the 5-0 league hammering of Hearts.

And talking to the media recently, Benkovic, who joined Leicester from Dinamo Zagreb, couldn’t hide his delight at playing for Celtic.

Really, I can’t describe how happy I am to be here at Celtic.

I’m so proud and I’m enjoying every second of it. When this opportunity came up, I didn’t think about it at all. From my side it was clear – I wanted to make the move. I was so happy. I’m thankful to Celtic and Leicester for making it happen.

The dominant centre-back then revealed he is hoping to remain a part of Rodgers’ squad for the remainder of the campaign.

I only had one month at the club but in training I felt good at Leicester. It was a big difference from the Croatian league and it’s also different to the Scottish too. But I think I’m on the right track to eventually be part of Leicester’s team. I really want to be here all season. I want to win trophies for Celtic. That is why I play football. I want to win things and enjoy it with the fans. For me, that is priceless. I hope that I will stay here until the end of the season.