Former Celtic forward and BT pundit Chris Sutton has claimed that the club are close to sealing a deal for Rosenborg left-back Birger Meling.

Celtic are yet to replace Kieran Tierney, who signed for Arsenal last week, with Meling potentially coming in to take the Scottish international’s place.

Stephen seems hopeful that the move will go through.

Twitter: @CelticBible He was spot on about Roberts last time aswell so here’s hoping. (@rebelcountybhoy)

This user is hoping there is more to come. Twitter: Celtic fans are genuinely never happy?, IF Celtic were to sign Meling I would be very happy (@StaceyDevlinxxx)

The 24-year-old defender appears as though he would be a solid addition to Celtic’s squad.

Would Meling be a good signing? 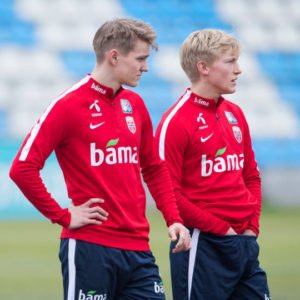 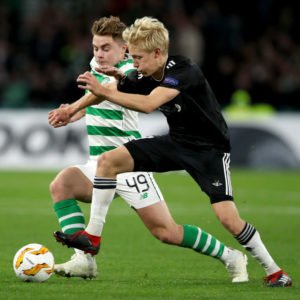 He has plenty of European experience, playing 31 games across the Europa League and Champions League in his career to date. This compares to Kieran Tierney’s 41 games, although he is also two years older than the former Celtic man.

Both Tierney and Meling played for their respective nations in the Nations League this year, with the former scoring 6.49/10 for his performances – by WhoScored –  for Scotland, whilst the latter scored 6.91/10 during his time with Norway. This suggests that Meling could even, perhaps, be an upgrade on Tierney if he can keep up that level of form.