Former Celtic man Jackie McNamara feels that Leigh Griffiths could be tempted to move to Championship side Leeds United.

Marcelo Bielsa’s side have been heavily linked with a move for the Scottish international forward in recent weeks.

I think Neil’s said he wants to keep him. I don’t see them selling him unless they’re willing to let him go.

(Would he be tempted by Leeds?) Yeah, I think so but it’ll only happen if they [Celtic] don’t want him, they don’t think he’ll play and cash in on him.

Griffiths has scored in his last two appearances for the Hoops and has been handed two consecutive starts by manager Neil Lennon.

The striker is enjoying his football again and after his recent goals, we believe that Celtic won’t let go of the forward.

Griffiths has the ability to decide this year’s Scottish Premiership title, as he did in the 2015/16 season, where he netted 31 league goals in 34 appearances (Transfermarkt).

Lennon has praised his partnership with Odsonne Edouard and we believe it could be a costly mistake is the Hoops did let the 29-year-old leave because it would leave them short on striking options.

Do you want Celtic to keep Griffiths? 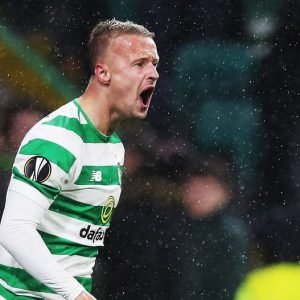 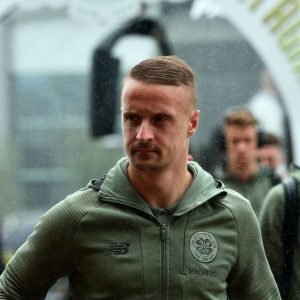