Neil Lennon has warned Leigh Griffiths to keep his discipline in future after the striker “lost his temper” during Celtic’s 4-1 win over Hamilton Accies.

Griffiths was involved in a big flash point in the first-half, after appearing to stamp on Hamilton’s Sam Woods, before he shoved Alex Gogic after the Accies defender pushed him first.

And while Lennon revealed he hasn’t watched the incident back, he did fire a warning to Griffiths, the Daily Record report.

I haven’t seen it again, I’m not convinced he stands on him but he pushed the boy. That’s not a red card offence but he shouldn’t have done it.

We’re very big on discipline here at the club and I don’t like to see things like that. It’s not a red card but he lost his temper. We need discipline at the minute. We can’t be doing with losing men on the pitch.

It’s difficult to tell whether the stamp was intentional from Griffiths or not, but Lennon does make a good point about the striker’s reaction to being pushed.

Do you think Griffiths' stamp was intentional? 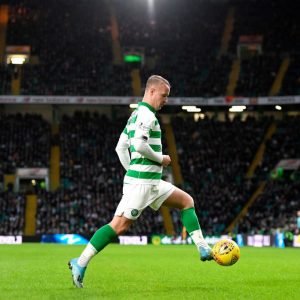 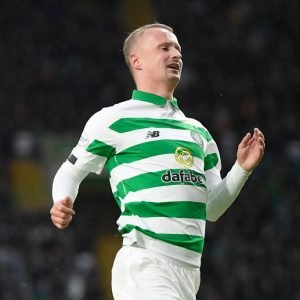 Celtic cannot afford to be drawn into moments like that in the future and run the risk of having a player sent off as it could come back to haunt them.

Fortunately on this occasion Griffiths was not sent off and the Hoops recorded a hugely important victory following Rangers’ 0-0 draw on Saturday.