Multiple Celtic fans have reacted to a post on Twitter from @90sfootball showing a two-minute highlights reel of some of Henrik Larsson’s finest goals for the club.

The former Hoops striker is widely regarded as one of the club’s greatest ever players, hence his nickname the “King of Kings,” and it’s no surprise to see him held in such high regard when you look at his record for the club.

According to the Celtic Wiki, Larsson netted a remarkable 242 goals in 313 appearances for the club in all competitions before his form earned him a move to Barcelona in 2004.

From some rather questionable hair styles to some of the fabulous strikes seen in the highlights reel, Larsson’s Celtic career had it all.

And following the Tweet showing some of the Swede’s best goals for the club, these Celtic fans have been reminiscing about his time at the club on social media.

Twitter: @90sfootball The best foreign player to ever play in Scotland! 🍀🍀🍀🍀🍀🍀🍀 (@Kevinopala1)

Twitter: @90sfootball The best centre forward and foreign player to ever play in Scotland…. what a man 🙌🍀 (@frankshamrock1)

Twitter: @90sfootball 27th of August 2000, this was my first Celtic game ever, Celtic won 6-2 against Rangers at Paradise Pa… https://t.co/ZpHSu5ye7Y (@johnpauleyles)

Twitter: @AndyCampbell15 9 times out of ten if you put him in front of a keeper he finished

Do you think Larsson is Celtic's best ever player? 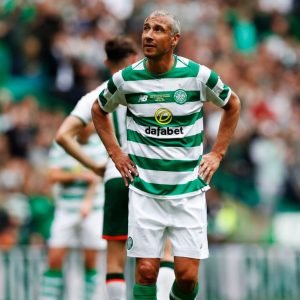 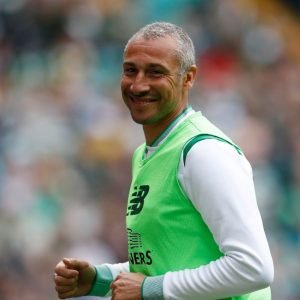