Celtic uploaded a story of how the famous Broony celebration came around on Twitter earlier this week, and a number of Hoops supporters appeared to enjoy the post.

Back in 2011, Scott Brown produced an excellent left-footed finish from the edge of the area to bring the 10-men of Celtic back on level terms against Rangers in the Scottish Cup, after Fraser Forster had been sent off earlier in the match.

The Celtic skipper then immediately turned around to celebrate in the face of Rangers’ El-Hadji Diouf, with his arms spread wide as the brilliant Broony celebration was created.

The 34-year-old has enjoyed a number of iconic moments during his time in a Celtic shirt, and that is certainly up there as one of them.

Broony then went on to lift the Scottish Cup that season; one of the 20 he has held aloft during his illustrious Hoops career.

And Celtic posted the famous photo of the celebration on Twitter earlier this week in a post that these fans clearly enjoyed.

Twitter: @CelticFC @ScottBrown8 what a player top class. took on anybody no fear broony . (@gpday200)

Is this one of your favourite Broony moments? 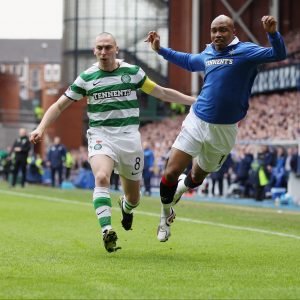 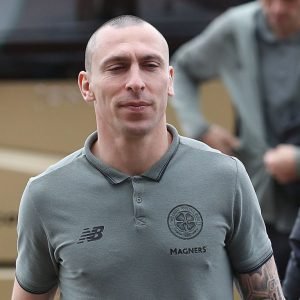