Neil Lennon has revealed he would agree a one-year contract extension with Odsonne Edouard in an ideal world, and the Hoops’ summer would get off to the perfect start if that does happen.

Speaking on BBC Five Live (30/03/20), as transcribed by the Daily Record, Lennon issued an update on Eddy’s future amid growing transfer interest in him and stated his desire to discuss a new deal with the striker.

Ideally we’d like to sit down with him. The landscape has changed from where we were a month ago to now.

There’s no doubt about that. It’s uncertain. Ideally you would like to keep your prized assets for at least another year anyway. If the market galvanises itself again, you could look at it then.

There’s no question there’s going to be interest in him, but, ideally, we’d like to tie him down to another year on top of what he has already and keep him here.

Extending Eddy’s deal by another year could prove to be excellent business and the perfect way to start the summer as it would essentially rule out a move away from the club during the window.

As a result, he would be remaining at Celtic to spearhead a potential push for a 10th consecutive league title which could prove crucial, considering how he has scored 27 goals and laid on 19 assists this campaign.

Do you think Eddy will sign a new contract with Celtic? 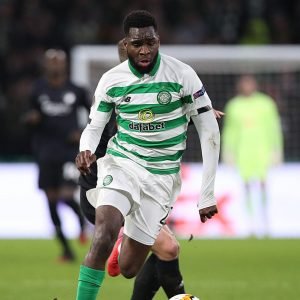 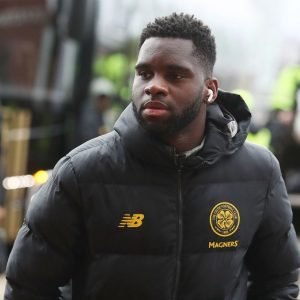 Not only that, but it would allow Celtic to have the opportunity to discuss a future fee clause with Eddy and his representatives, in order to ensure they receive the best price possible for him, amid growing transfer interest.

Arsenal and Leicester City are the latest clubs to be heavily linked with a move for the Frenchman, whilst Tottenham, Everton and Manchester United have also both been credited with an interest.