Celtic have made a huge statement by slapping a massive £40m Celtic price tag on Odsonne Edouard amidst reported interest in him from Premier League club Crystal Palace and promotion-chasing Leeds United.

As reported by Football Insider, The Hoops have no desire to sell the Frenchman this summer as they want him around to help the club win what would be a historic tenth-league title in a row.

However, every player obviously has a price and Celtic are aware of this but they are hopeful that the mammoth £40m asking price will persuade Leeds, Palace and any other potential interested parties to look elsewhere for a striker.

Given the state of the world at the moment, Celtic could have been tempted to cash in on Edouard to help cover the costs of the curtailed Scottish league season and the impact that starting next season behind closed doors is likely to have on the club.

Therefore, it is great news to see that they have made the decision to keep hold of Edouard unless a mammoth offer comes in.

Should Celtic have put an even higher price tag than £40m on Edouard? 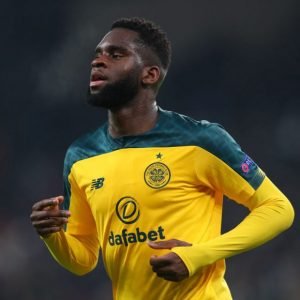 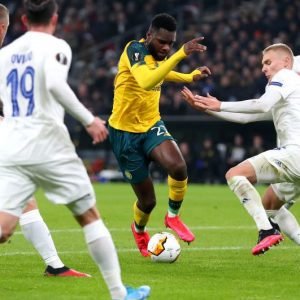 The Frenchman seems destined to leave Celtic at some point in the future, but letting him go before the 10IAR season would have been a massive blow to the morale of the fans.

Keeping the talismanic goalscorer around for at least one more year, and perhaps for longer, is a great decision and one that should help the club win plenty more trophies in the 2020/21 campaign.