Alberth Elis has revealed that he has held talks with his Honduran team-mate Emilio Izaguirre about a possible move to Celtic.

A few weeks ago, Elis confirmed that he was keen to make a move to Europe and he’s doubled down on those comments and has specifically talked up a move to Celtic.

The Hoops were interested in signing the 24-year-old last year but they had a £3million bid rejected by Houston Dynamo, much to the frustration of the player.

However, with his contract at the Texas-based side set to expire in December, the winger has revealed that he’s already got his eye on a possible transfer and that he’s spoken to Izaguirre about Celtic.

As reported by the Daily Record, he said:

When I first played for Honduras, I asked Emilio to recommend me to Celtic. In fact, always ask him that! There are clubs who would be nice to play for because they are always challenging for titles and cups. I have spoken to Emilio about Celtic and he’s told me they are at another level. For me, since the day I left Olimpica, I’ve never hidden the fact that my dream is to go and play in Europe and compete in the Champions League. Houston know my position. They have offered me a new contract and I will decide on my future at the end of the season. I would have liked to have played 100 games for the club, but that may not be possible now.

Elis’ fellow countryman Countryman Emilio Izaguirre confirmed that The Hoops have an interest in his Honduran compatriot so it remains to be seen if Celtic decide to make another bid for him given the changes in the world since they had their bid rejected last yeah.

Given the state of the world that we are all currently living in, Celtic’s summer recruitment policy may well see them target players who they have already scouted and who they know well.

Given that the Hoops made a bid for Elis last season, they clearly did their background work on him. 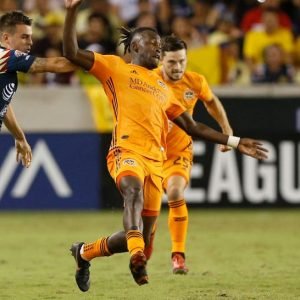 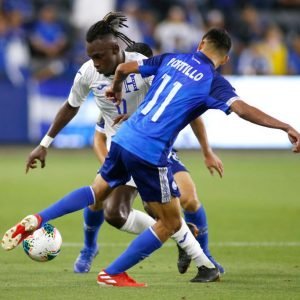 The player is keen to move to Europe and the fact he’s talking up Celtic so much feels like a huge ‘come and get me’ plea.

If Neil Lennon is still looking to improve that part of his squad ahead of the 2020/21 campaign, then it looks like there is a deal to be done for Elis.