Celtic ran out 3-2 winners over Lille on Thursday night in their final Europa League group game, with Neil Lennon making a number of changes to his side.

One of the players to feature at Parkhead from the off was Patryk Klimala. The 22-year-old, who arrived at the club back in January, made his 17th appearance of the season.

It was the forward’s first Celtic start since the Glasgow derby defeat to Rangers back in October, and several fans were quick to praise one specific moment from the Pole during the win.

Halfway through the second half, with the Hoops leading 2-1, Klimala sprinted back following a Celtic corner, with his electric pace catching the eye.

Many Hoops fans may not have spotted it at the time, but @BunbegB shared the clip on social media shortly after the incident took place.

The post has been watched nearly 25,000 times and received more than 1,500 likes. These Hoops fans reacted with delight to the video, with one supporter describing the striker’s attitude as ‘world-class’.

Twitter: Love this effort look at the amount of Hoops chasing back, that’s a minimum requirement as soon as you pull on that… https://t.co/lxnDlmXb3s (@C_P_McKenna)

Twitter: @BunbegB The boys attitude is world class, ability isn’t there but I’d give him more chances (@PanchoBhoy)

Twitter: @BunbegB Excellent – I missed that during the game. (@DG3R82)

Would you start Klimala on Sunday? 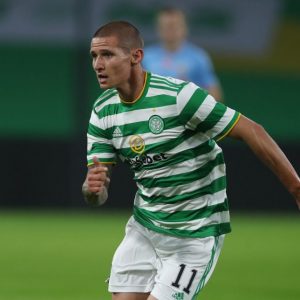 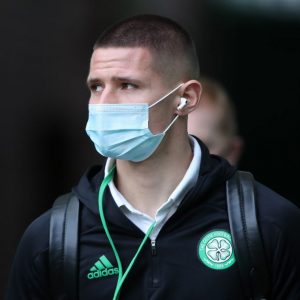