Celtic ended their Europa League campaign with a much-needed victory over Ligue 1 side Lille on Thursday evening.

The Hoops ran out 3-2 winners at Parkhead, recording their first win since the beginning of November, and several fans were impressed with the display of midfielder Ismaila Soro.

Soro, who joined from Bnei Yehuda Tel Aviv in what was a £2.07m deal back in January, made his first start of the season in the dead-rubber clash.

The 22-year-old had featured in just 37 minutes of action during the current campaign prior to Thursday evening, with David Turnbull scoring the winner late on.

Soro received a solid 7.52/10 WhoScored match rating – only match-winner Turnbull ended with a better score for the Hoops.

The Ivorian made 10 tackles, with Lille making just five more than Soro’s tally as a whole. (WhoScored)

This is what these Hoops fans had to say about Soro’s performance, with one describing the midfielder as ‘superb’.

Twitter: Ismaila Soro could single handedly save 10 in a row (@PodTims)

Soro reminds me so much of Victor Wanyama…… I like him alot…. 👍🍀

Would you start Soro on Sunday? 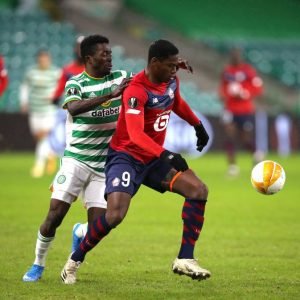 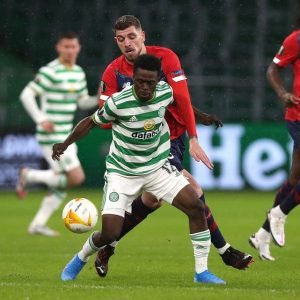 Twitter: The bhoy Soro looks like the missing link in that team. What a powerful player. (@charlesdonaghy)