Shane Duffy made a first Celtic start in over a month in the Hoops’ 3-2 win over Lille on Thursday night.

The Irishman played the entirety of the dead-rubber clash, with goals from Christopher Jullien, Callum McGregor and David Turnbull earning the club a first Europa League group stage win at the sixth time of asking.

Duffy, who joined on a season-long loan from Brighton back in September, ended with a WhoScored rating of 6.64/10, with fellow central defenders Jullien and Kris Ajer earning considerably higher scores.

Prior to the Parkhead meeting, Duffy’s future was addressed by Brighton boss Graham Potter, who ruled out recalling the 28-year-old, despite recent reports suggesting his loan spell in Glasgow would be cut short in the New Year.

The Seagulls manager told The Argus: “It’s a season-long loan, that’s how it has been from the start, that’s how we see it.”

Many Celtic fans have slammed Duffy for his displays this season, so this latest update might not please a lot of Hoops supporters.

Duffy came in for criticism again on Thursday evening, but hopefully with the defender set to stay for the remainder of the season, his level of performance can improve over the coming weeks.

Did you want to see Duffy return to Brighton in January? 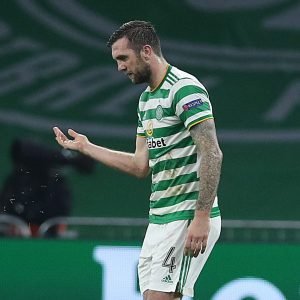 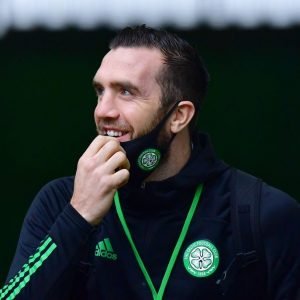 He was a regular in Lennon’s side during an excellent start to the season, playing every minute as Celtic won five league games in a row, conceding just three times. [Transfermarkt]

The towering centre-back is actually the club’s fifth-best performer this season as per WhoScored, and it looks like fans will have to get used to having him around for the second half of the season.