Celtic were left frustrated against Aberdeen on Sunday.

And some Hoops supporters weren’t happy with centre-back Shane Duffy at Pittodrie.

Neil Lennon’s side looked to be on course for a first win in three after Leigh Griffiths’ brilliant finish and a Ryan Christie spot-kick put Celtic 3-2 up late on.

However, a second Lewis Ferguson penalty in stoppage time ensured the points were shared.

Ryan Hedges’ second-half strike put the hosts 2-1 up shortly after the hour mark.

Duffy, who was brought in on a season-long loan from Brighton & Hove Albion over the summer, was at fault for the goal after being dispossessed in a dangerous area.

He made his 10th Hoops appearance on Sunday, and these fans were quick to hit out at the Irishman on social media following The Dons’ second of the afternoon.

Twitter: @CelticFC Shane Duffy has been a disaster. Bain terrible as well. (@TheTweetofShaun)

Twitter: @CelticFC Lennon and Duffy are here Monday morning you can say goodbye to 10 (@KevinNelson88)

Twitter: @CelticFC Better off with Keith Duffy from Boyzone at the back. (@sc32ie)

SHANE DUFFY. GET THE MAN OUT WITH LENNY PLEAAASE 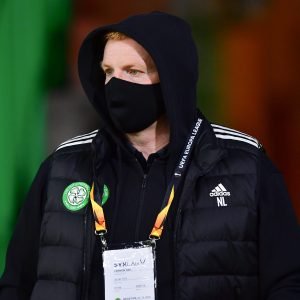 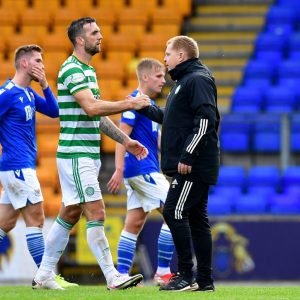 Duffy was Celtic’s worst-rated performer on Sunday afternoon, recording a WhoScored rating of 5.78 – only Aberdeen’s Tommie Hoban ended with a lower score.