Celtic appear to have shaken off their woeful two-month form following back-to-back wins ahead of the Scottish Cup final against Hearts this weekend.

Neil Lennon’s side had won just two games out of 11 before their final Europa League group game, conceding 28 goals during that time. [BBC]

The manager freshened things up for the Europa League dead-rubber clash against Lille, with the likes of Ismaila Soro and David Turnbull taking their chances in midfield.

Lennon also played Kristoffer Ajer at right-back against the Ligue 1 side, with the 22-year-old featuring mainly at centre-back during the current campaign.

Ajer recorded a solid 7.34 WhoScored rating in the 3-2 win last Thursday – making two interceptions and five clearances during the game. He kept his place in the team for the 2-0 win over Kilmarnock, and several Hoops supporters want Ajer to continue at right-back as a result.

Twitter channel @celtic_now asked their followers if Lennon should persist with the Norwegian at right-back. The post received plenty of interaction, with these fans giving their backing to the proposal.

Twitter: @celtic_now 100%
Should have happened before now. Just one of the many frustrations this season so far (@GedCairns)

Twitter: @celtic_now Yes. Far better there than at centre half. Looked our best player at times when out there the past 2 games. (@cozzybruce1888)

Twitter: @celtic_now @BunbegB Definitely. ElHamed’s head is elsewhere and Frimpong isn’t a right back. A no brainer for me (@StephenT___)

Twitter: @celtic_now For sure, he looks far more comfortable on the right side. (@Treksville)

Ajer at right-back for the foreseeable future? 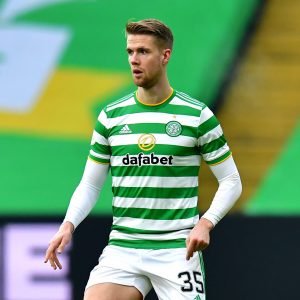 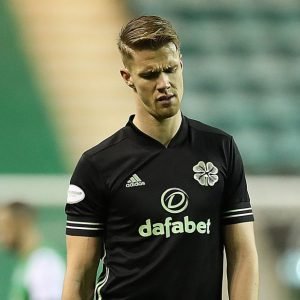