Celtic take on Hearts this weekend in the Scottish Cup final, looking to seal a fourth domestic treble in as many years.

The Hoops head into the fixture off the back of successive victories over Lille and Kilmarnock.

Neil Lennon freshened things up for the dead-rubber Europa League clash and made just two changes to the side for the Kilmarnock game.

Callum McGregor, Ismaila Soro and David Turnbull started in midfield in both of those wins, with Scott Brown failing to feature.

However, Lennon has dropped a cup final hint regarding Brown, with many Hoops supporters reacting to his comments. Speaking about the club captain to SunSport, cited by Celts Are Here, Lennon admitted the no-nonsense midfielder has a chance of featuring from the off at Hampden Park.

He has carried the dressing-room for a long, long time – through thick and thin.

Even being left out of the team, his attitude has been magnificent. He still tries to galvanise everyone.

At the end of the day, he is an icon at the club – a modern-day great.

And he may have a chance of starting on Sunday!

I have been there when you start to come to the end of your career. It’s tough.

You want to hang in there and he still has plenty to offer on and off the field, there is no question of that.

Celts Are Here‘s story was shared on the Celtic News Now Facebook page on Thursday evening, with these Hoops fans giving their thoughts on the 35-year-old, with one supporter describing a possible switch in midfield as ‘unthinkable’.

Michael Jamieson: If he drops Soro and Turnbull and then the unthinkable happens, he’s toast. We should be too strong for Hearts. NL isn’t that daft so Soro will be on the bench with probably a guarantee of some game time.

Daniel Morgan: Michael Jamieson you know I can already see where this might go because of his utter incompetence and it terrifies me. I also fear that if we do lose they won’t sack him and this terrifies me even more.

Ian Grant: Sorry, but there is no room for sentiment when a cup final is there to be won. Turnbull and Soro must start and if all goes well Scott can be brought on. He certainly deserves that.

Shaun Peter McLachlan: It’s a Scottish cup final….not a testimonial. Play the strongest side and with that hopefully we get that historic quadruple. Jeezo.

Would you start Brown on Sunday? 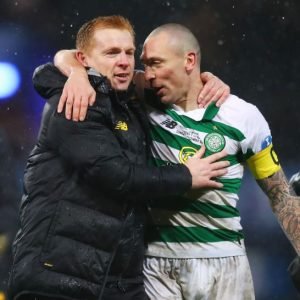 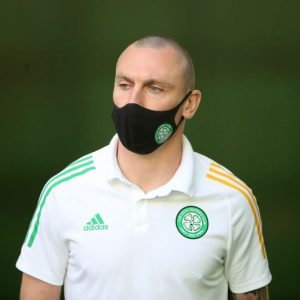 Paul Boyle: He should get a cameo role for last 15 minutes if we are already 3 up

Anne Scollan: I love Scott Brown but save him until we are on top and let him on at the end to celebrate!!!