Celtic appear to be edging towards their first January signing in long-term target Ben Davies – and, as to be expected, the latest incoming update has had many Hoops fans talking on social media.

Sky Sports reporter Anthony Joseph claimed that the Hoops were closing in on a pre-contract agreement for the 25-year-old on Tuesday afternoon.

Celtic are closing in on a pre-contract agreement to sign Preston’s Ben Davies in the summer.

Talks are said to be progressing well and at an advanced stage for the 25-year-old centre-back.

Joseph then provided a subsequent update yesterday evening, revealing that Celtic are looking to get an immediate deal over the line in the coming days, with Preston wanting between £2m and £2.5m for the centre-back.

UPDATE: Celtic will look to buy Preston’s Ben Davies in this window – if they can agree terms with the player.

They contacted Preston today, out of courtesy, to update them on their progress with Davies.

It's a fast-moving situation, with Bournemouth also very keen on him. https://t.co/wsSCSXgOzP

Fellow English second-tier club Bournemouth are also interested in Davies, who has made more than 100 Championship appearances during his Deepdale stint.

He has made 18 league appearances this season, but it seems as if he could be spending the second half of the current campaign in Glasgow.

Here is what these Celtic fans had to say in reply to Joseph’s post on Tuesday. The majority of Hoops supporters were delighted – one exclaimed that Parkhead chief Peter Lawwell was “playing Football Manager” –  although others weren’t so sure about the update.

Twitter: Now this is a signing that makes sense https://t.co/hSGsUjY5ze (@alanthommocsc)

Twitter: Lawwell playing Football Manager as ever, signing players knowing his clownshoe manager won’t be around, but not kn… https://t.co/JX5SBbziGh (@BStarksTH)

Twitter: Good business. Get him in now and bed him in for going forward https://t.co/DCkzOH0PiH (@seanmarkus_67)

Will Celtic get a deal over the line for Davies? 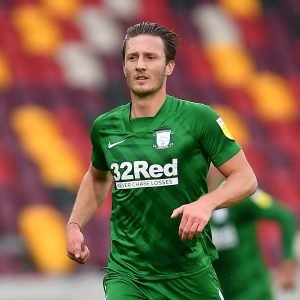 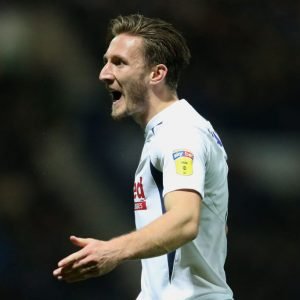 Twitter: Still annoyed at you but this is good @CelticFC https://t.co/AAuIfrUpLT (@Paddy7_)