Celtic suffered a second defeat of the season to Ross County on Sunday evening.

The Hoops, who lost to The Staggies in the League Cup back in November, ran out 1-0 winners in Dingwall – and many Celtic fans weren’t impressed with Ryan Christie’s display.

Christie, who turned 26 on Monday, came in for criticism from several supporters in the win over Aberdeen. He earned a 20th league start of the campaign and a 36th appearance in all competitions on Sunday.

The attacking midfielder missed some glorious chances to put Celtic in front, with one close-range effort actually ending up outside the stadium.

Jordan White’s 71st-minute header proved to be the difference between the two sides, with Christie being hauled off for Mohamed Elyounoussi with minutes remaining.

This is what these Hoops fans had to say about the Scotland international, with one even believing he ‘doesn’t deserve to wear the Celtic jersey again’.

Twitter: So fed up of watching Ryan Christie play for Celtic every week (@LiamKemmett)

Twitter: That performance from Ryan Christie is one of the worst av seen in a Celtic shirt (@James_md67)

Twitter: Christie is a waste of space him and Rogic should be not be in the side. Lennon clueless. The team has n shape whatsoever. (@67HolyGrd)

Was Christie the worst Celtic player on Sunday? 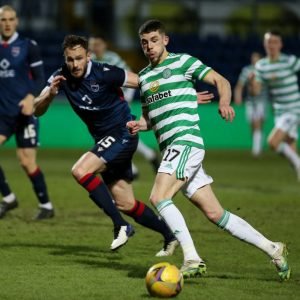 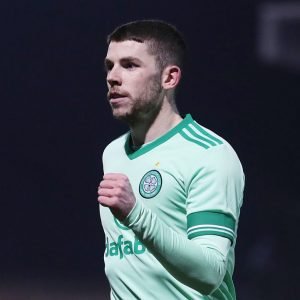 Twitter: Christie is that bad at shooting he just hit the stand roof. Useless (@Stiby13)