Plenty of Celtic fans have been having their say on defender Jack Hendry after the 25-year-old spoke out regarding his Hoops future.

The centre-back was sent out on loan to Belgian side Oostende back in July and has impressed in the Jupiler Pro League. He’s turned out 22 times for Oostende, becoming the club’s fifth-best performer this season, as per WhoScored.

Sides from the Premier League and the Bundesliga have shown an interest as a result, with Oostende also keen to make his loan move permanent.

Talking to BBC Scotland, Hendry revealed he is ‘open to anything’ this summer, while also showing some frustration towards former boss Neil Lennon.

I’m open to anything that comes my way. It’s vital that wherever I choose next season, I need to play every week to continue my development.

If Celtic want to keep me, that’s something they would need to make a decision on.

It’s frustrating that I was never given the opportunity to show what I could do [under Lennon]. The way I’m performing, I could have a real good impact and it’s not been nice seeing the way the season has panned out for them.

Hendry’s comments to BBC Scotland were shared on social media by @LewisLaird01 on Thursday.

His post received plenty of interaction, with these Hoops supporters giving their thoughts on the Scot. Some believed he should be given a shot following a ‘cracking’ season, however, others weren’t so sure.

Twitter: @LewisLaird01 No disrespect to him but he’s got nowhere near the mentality or quality to be a Celtic centre half. (@biggbo100)

Twitter: Bring the lad back! He’s had a cracking season. https://t.co/0bkCixDAiu (@LenBawson_)

Keep or sell Hendry this summer? 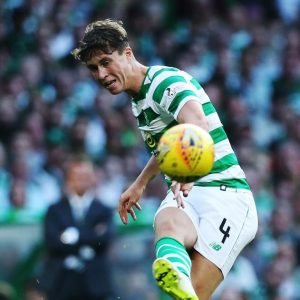 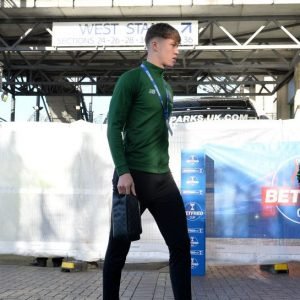 Twitter: At the point it’s worth giving him a shot

20 games in a row could be huge for him development wise https://t.co/aUxj0Hw9L8 (@markdaly82)