Jack Hendry has been impressing out on loan in Belgium this season and appears to be attracting plenty of interest as a result.

The 25-year-old has made 22 Jupiler Pro League appearances this season for Oostende, who are thought to be keen to make his move permanent.

Burnley, Brighton and Sheffield United are also thought to be keen on the towering defender, and BBC Scotland have credited Wolves and German side Werder Bremen with an interest in the centre-back.

Talking to BBC Scotland, Hendry addressed his future, admitting he is ‘open to anything’.

I’m open to anything that comes my way. It’s vital that wherever I choose next season, I need to play every week to continue my development.

If Celtic want to keep me, that’s something they would need to make a decision on.

Hendry then shared his frustration at not being given a chance under former boss Neil Lennon.

It’s frustrating that I was never given the opportunity to show what I could do [under Lennon]. The way I’m performing, I could have a real good impact and it’s not been nice seeing the way the season has panned out for them.

With Hendry impressing for Oostende this season, Celtic, as the defender mentions, need to make a decision this summer.

He’s been Oostende’s fifth-best performer this season, as per WhoScored, and with Shane Duffy set to return to Brighton and Christopher Jullien sidelined long-term, we think keeping hold of the Scot could be a shrewd call.

Kristoffer Ajer’s future also appears to be up in the air, so the Hoops could go into the new campaign with a real shortage of centre-back options.

Would you keep Hendry this summer? 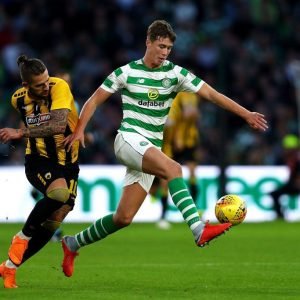 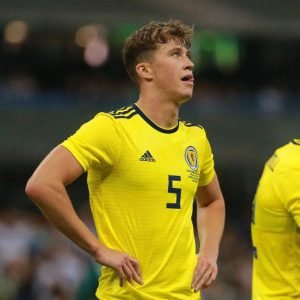 Hendry would more than likely return to Glasgow full of confidence, and alongside youngster Stephen Welsh, could give the new Celtic manager two solid options at the heart of the defence.

Of course, should Ajer depart and Jullien remain sidelined, centre-back reinforcements would more than likely be required, however, keeping hold of Hendry could give the incoming boss a bit of defensive relief.