Celtic vice-captain Callum McGregor has been promoted to the role of the club’s skipper, following an official announcement by the club on Monday.

Taking to Twitter, the Bhoys’ official social media channel confirmed the news, captioning the news with his ascribed chant: ‘he’s like me and you, he loves Celtic too’.

He’s like me and you, he loves Celtic too

A boyhood Celtic fan, the Bhoys loyalist is a standout academy product for the club. The versatile midfielder and 34-cap Scotland international has lifted 14 trophies donning the famous green and white Hoops.

“To be the Celtic captain is a great honour for any player, and to be given the captaincy is a very proud moment… https://t.co/f0CFa5nlj9 (@CelticFC)

Already holding the vice-captaincy, McGregor was widely tipped to make the step up to the captaincy following the departure of club legend Scott Brown, who recently joined Aberdeen in a player-coach role.

McGregor has spent his entire career with Celtic, save for a loan spell to Notts County in 2013.

He has scored 33 goals and added 44 assists in 199 Scottish Premiership appearances, leading on the pitch as much as off it.

Is McGregor the right pick for the captaincy? 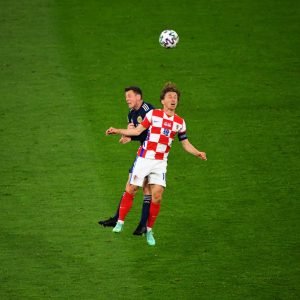 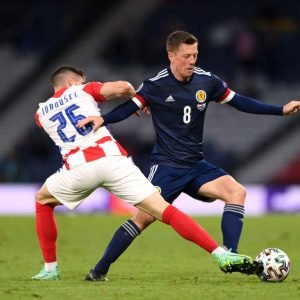 The announcement comes ahead of tomorrow’s clash with FC Midtjylland in the Champions League qualifiers as the Bhoys kick off a new era under the guidance of Ange Postecoglou.

Coincidentally, Postecoglou’s new captain made his debut for the Hoops on July 15, 2014 in a UEFA Champions League qualifier against KR Reykjavik in Iceland. He scored the only goal of the game.