The agent of Watford striker Troy Deeney has sparked transfer confusion after filming his client driving past Ibrox.

Rangers saw off Celtic in a 1-0 Old Firm victory, but Celtic are set to buoy themselves as they close in on a double swoop for Benfica winger Jota and VVV Venlo striker Girogios Giakoumakis.

According to GlasgowLive, Celtic had been linked with a move for the 33-year-old striker following confirmation from his parent club that they were ‘discussing the best options for both parties for the season ahead’.

The striker has one year left on his current Hornets’ deal and the Watford statement fuelled speculation regarding a move away for the veteran hitman on a free transfer.

He has been heavily linked with a move to boyhood club Birmingham City on a free transfer, but the source has mentioned Celtic as one possible destination.

Understandably, the footage that they have shared of him driving through Glasgow this close to the transfer deadline has raised questions.

It is unclear as to why Deeney was spotted in Glasgow.

Will Deeney move to Glasgow? 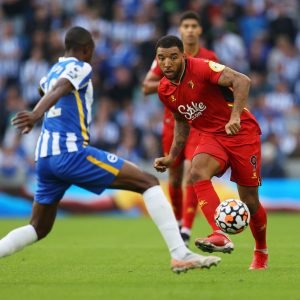 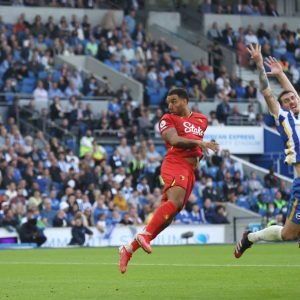 Despite the curious nature of the video, Deeney to Celtic has the makings of a non-starter.

With Celtic boasting the likes of Odsonne Edouard and Kyogo Furuhashi among their ranks – with Giakoumakis on the way – Celtic have little need for an extra striker.