Australian pundit Craig Foster has poured praise on Ange Postecoglou for his achievements with Celtic despite famously interviewing him critically in 2007.

Foster, who once captained the Australian national side, famously interviewed Postecoglou after the Aussies failed to qualify for the U20 World Cup for the first time since 1989 – something that stained Postecoglou for years to come as he started out his career.

The interview took place on The World Game, with Foster calling for Postecoglou to resign from the Socceroos’ youth setup for the failure.

The interview went viral in Australia, but Stan Sport pundit Foster has since raved about his compatriot, extolling the virtues of the benefits a successful Australian coach can bring to his country’s footballing scene.

“I’m delighted for him. It’s fantastic they’re in the Europa League and people will be able to watch all of Celtic’s Europa League games on Stan.

“It’s fantastic to have an Australian coach in that competition and let’s hope Ange is the first of many. I’m looking forward to seeing Celtic develop under his tutelage and hopefully he can go a long in the competition.

“What a wonderful thing it would be to see an Australian coach in the final of the Europa League. Nothing’s impossible.”

In many ways, Celtic’s benefit is Australia’s benefit if Postecoglou manages to impress.

Could Celtic make the UEL final? 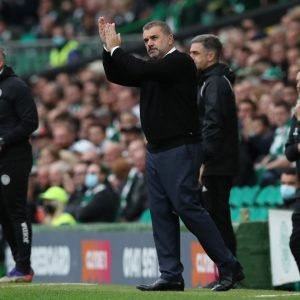 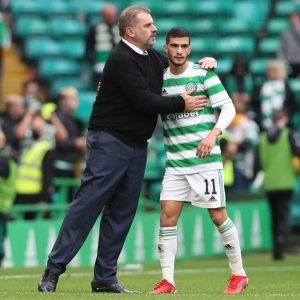 With Celtic in the group stages of the Europa League, they have a platform to shine on an elite European stage with Postecoglou one of the few Australian managers to manage a big-name club abroad.

He boasts a certain pedigree having managed his country in the past, and his expanding reputation through Celtic only expands the presence of Australian football globally.