Celtic Women’s player Jodie Bartle had an encounter with Joe Hart – and revealed what the former England no. 1 is really like.

Taking to Twitter, Bartle noted that she ‘won’t forget [the] moment in a hurry’ as she had the chance to encounter the Celtic goalkeeper.

Since joining for a nominal fee from Spurs over the summer, the Shrewsbury-born man has firmly cemented him as Ange Postecoglou’s no. 1 since his arrival and wasted no time in winning over the hearts and minds of the Celtic faithful with consistent, scintillating displays.

His escapades between the posts have most recently seen him keeping back-to-back clean sheets in victories over Motherwell in the league at Fir Park and at home in the UEFA Europa League.

But what of the Joe Hart fans don’t see on the pitch? Bartle has offered some insight on social media.

Sharing her snap with the experienced ex-Torino and Manchester City man, Bartle noted that Hart came across as “an honest, humble and down to earth guy”.

I won’t forget this moment in a hurry, it’s not every day you get to meet an… https://t.co/awbXuCBJun (@Bartle_5)

Moreover, her caption seems to imply that Hart asked her for the photo in a sign of good rapport between the men’s and women’s teams.

Such a positive interaction between members of the Bhoys and Ghirls can only be a good thing, and it’s a fascinating insight that Hart seems to be a lovely character on and off the pitch.

Do you think Hart would be fun to go for a drink with? 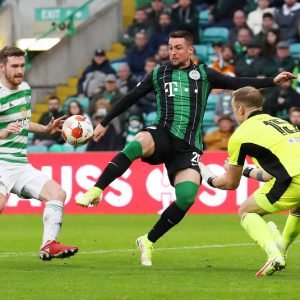 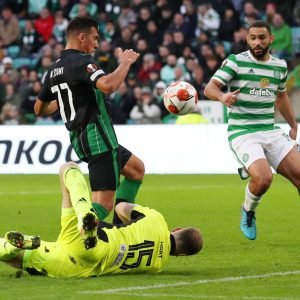 In truth, this may come as little surprise to Celtic fans who have grown accustomed to Hart’s presence on the pitch as a commanding leader.

A top goalkeeper and a nicer man too.