The 28-year-old has taken over the armband at Celtic Park following the departure of Scott Brown to Aberdeen and has seemed to relish the additional responsibility.

McGregor led from the front on Thursday night as Ange Postecoglou’s side edged past a gutsy Hearts 1-0 in Glasgow.

Speaking to Football Insider, Campbell suggested that the Scottish midfielder could be set to achieve something special as skipper.

Callum McGregor is a fabulous player. Scott Brown passed the armband onto him. Brown is a Celtic legend, a proper captain and leader so there was a lot to live up to. McGregor has taken the mantle and excelled. He is an experienced player who is used to leading. Part of leading a team is putting in performances and fair play to him, he’s been excellent. He will be vital for them if they are to wrangle the title back off Rangers. I have been really impressed with him this season.

So far this season McGregor has scored twice and provided two assists in 25 appearances for the Bhoys – earning an impressive 7.23 Sofascore rating in the process.

Already capped on 41 occasions by Scotland and having amassed 350 appearances at the club, McGregor was a shoo-in to succeed Brown.

Has Callum McGregor Been A Success As Celtic Captain? 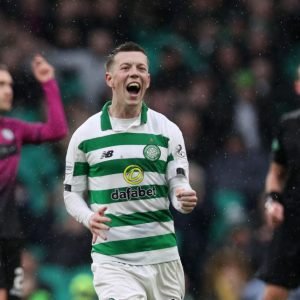 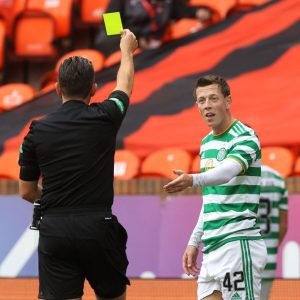 That decision has already been justified both in terms of leadership and on-field performance as the ace seems to thrive under the pressure.

Valued at £6.3million and under contract in Parkhead until 2026 (Transfermarkt), Celtic would appear to have their main man in situ for the long term.